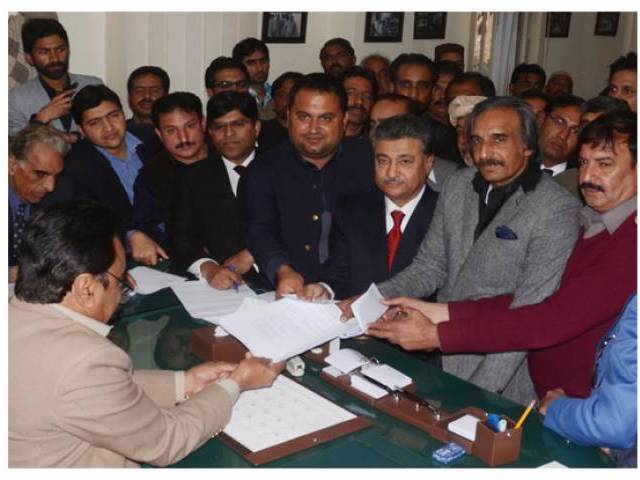 While the ruling party is battling to gain popularity in urban Islamabad, it does not want to do it while risking its grip on rural areas.

All three Pakistan Muslim League-Nawaz candidates who filed nominations papers with the Election Commission of Pakistan on Wednesday for deputy mayor slots in the Islamabad Metropolitan Corporation (IMC) are from rural areas of Islamabad.

Incidentally, 15 of the 21 PML-N union council (UC) chairmen are from rural areas.

Similarly, Sheikh Ansar Aziz, a time-tested and close confidant of the PML-N chief elected on a reserved technocrat seat, has submitted his nomination papers for the mayor’s slot

Javed, who is the brother-in-law of Capital Administration and Development Division Minister Tariq Fazal Chaudhry, was elected on a reserved peasant-worker seat. He hails from Chak Shahzad.

Naqvi, who is a cousin of Dr Tauqeer Shah, a DMG officer known for his close links with the Sharif brothers, was elected chairman of UC-48 Shah Allah Ditta on a PML-N ticket.

Khan was elected chairman of UC-48 Sarai Kharbooza as independent and later joined the PML-N.

A source in the PML-N said Khan’s name was picked at the eleventh hour. It was not decided on when PML-N activists and leaders appeared before the returning officer to submit nomination papers, but later his name was included after deliberations among the party leadership.

Meanwhile, nine independents who became UC chairmen and later joined the PML-N have not been nominated, despite sources saying that they had been promised the spots.

The 77-member IMC would vote to elect the mayor and the three deputy mayors on February 15, according to a schedule announced by the ECP.

The IMC comprises 50 elected UC chairmen and 27 members on reserved seats. The PML-N has won 18 seats of the 27 reserved seats, with PTI taking the other nine.

No particular excitement or upsets are expected in the election, as the PML-N almost has a two-thirds majority in the IMC.

The PTI has fielded Raja Khurrum Nawaz as its candidate for mayor. Nawaz is the chairman of UC-8 Tumair.

Fouzia Arshad, of UC-28, Raja Zulqarnain of UC-9, and Ali Nawaz Awan of UC-40 have been nominated by the PTI for the deputy mayor slots.

Incidentally, all the PTI nominees were directly elected to the IMC.

Meanwhile, Aziz, the PML-N nominee for mayor, told The Express Tribune that his first task would be to identify and solve longstanding issues facing the residents.

“My aim is to make Islamabad not only a visibly beautiful city but also an ideal city to live in,” Aziz added.