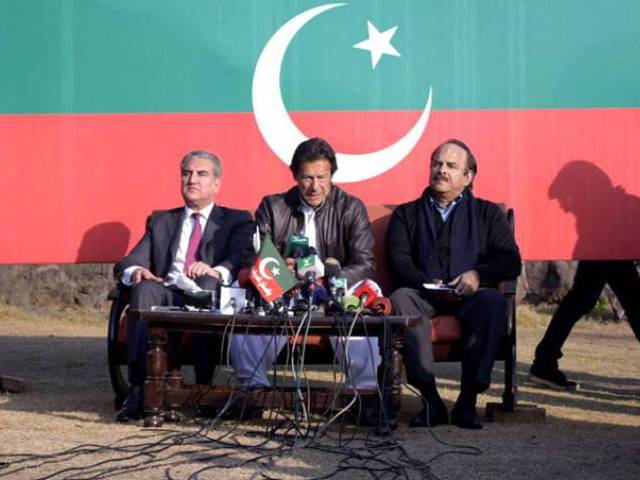 Amid continuing protests by the national flag carrier, Pakistan Tehreek-e-Insaf (PTI) chairman Imran Khan has demanded the government to address the concerns of the employees of Pakistan International Airlines (PIA).

“Rulers have always resorted to violence on the masses. The rulers are in a habit of killing innocent people,” Imran said while addressing a press conference at his residence in Islamabad on Tuesday.

Rulers have an old habit of straight firing on the public, says @ImranKhanPTI pic.twitter.com/hNRzHSOIpY

Instead of dismissing the workers, the PTI chief called for reforms, asking the government to convince the people about the benefits of privatisation.

“We did not dismiss the health workers in Khyber-Pakhtunkhwa but introduced reforms in the health sector despite opposition,” he claimed.

When doctors were protesting against MTI, we convinced them to see our side, we didn't use brute force @ImranKhanPTI

“The government must work towards satisfying the PIA employees. It must tell the common people what benefits were reaped from the privatisation of other institutions before it takes any further step.”

This cronyism has ruined our institutions; they should convince ppl what benefit privatisation will bring, says @ImranKhanPTI

Announcing country-wide protests, the PTI leader said his party will launch protests in several parts of the country from February 6 against “anti-people policies of the Pakistan Muslim League-Nawaz (PML-N)-led government”.

“I will personally join the protests.”

We are announcing nation wide protests for 6th of feb;I will announce myself where I will b.They have broken common mans back @ImranKhanPTI

Pakistan to blame for ‘bad blood’ with Afghanistan: Imran Khan

The PTI chairman said the government had exempted the rich from paying taxes but the poor were forced to pay new taxes, which have added to their misery.

The government is not reducing oil prices despite a global fall in the petroleum-related products, he added.

The price of diesel has increased when it can be decreased; the small farmer and the small businessman is being crushed @ImranKhanPTI

“No government ever took such huge loans in the history of Pakistan. Once the government takes loan, international lenders force it to impose heavy taxes on the poor.”