Off to a romantic start

Off to a romantic start 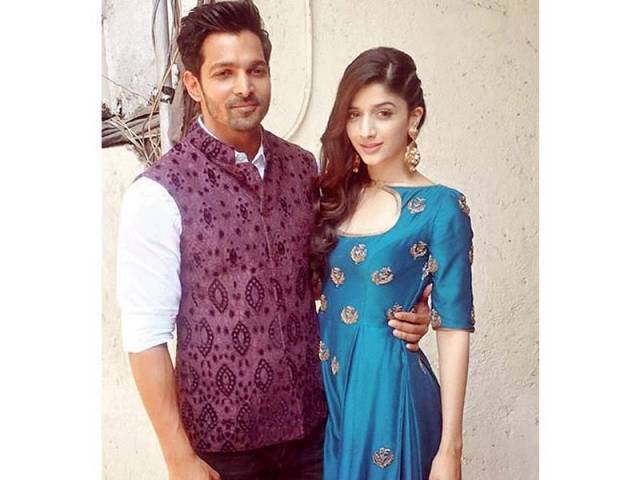 Both Harshvardhan and Mawra are confident audiences on both sides of the border will connect with the film. PHOTO: FILE

Mawra Hocane’s Bollywood debut has been generating a tremendous buzz in the entertainment industry of late. In fact, ever since the first look of her movie, Sanam Teri Kasam (STK) was released, the media has been ablaze with news about the Pakistani beauty and her co-star, Harshvardhan Rane. And now, with the film’s release just round the corner, both Mawra and Harsh are extremely excited.

The feeling of anticipation was palpable as the duo spoke with The Express Tribune about their upcoming romantic comedy. “We have worked really hard and are satisfied that we gave it our best shot,” stated Harsh. “The feedback regarding the quality of songs and trailer indicates that the directors, Vinay Sapru and Radhika Rao, have established a connection with the audience,” added the 32-year-old Telugu actor.

STK depicts the story of a blue-blooded boy named Inder who wanted to love no one, and what happens when he comes across Saru, who no one wants to love. “It’s a pure, clean love story. People won’t get what they’re expecting; the movie just got a U certificate,” Mawra revealed, hinting at the kissing scene in the film. This particular decision landed the 23-year-old actor in much hot water but she maintains it was beneficial for the plot. “Some people thrive on negativity and pick only on the kiss but, I assure you, when you watch the move, you will fall in love with the storyline,” she claimed. Although a debutante in the industry, it seems Mawra already knows better than to take criticism to heart. “If I did take it seriously, I would have stopped working and never been able to prove a great love story.”

Although she is a delightful person off screen, she has been under fire for her inclination towards ‘weepy’ characters, be it in the drama serials she did in Pakistan or STK. For many, it seems like the actor is always the damsel in distress. “Shah Rukh Khan still opens his arms in his signature pose and that’s his unique selling point. Why shouldn’t I continue to play characters people praise me for?” she quipped. “It’s really hard to churn out the kind of heart-wrenching performances I have delivered in the past. When I cry on screen, people cry with me,” she added.  Harsh – every bit the supportive co-star that he is – corroborated her stance with a sweet addition. “I agree and also I want to add that bohat kum larkiyan rotay huay itni sundar lagti hain [very few girls look so pretty when they cry].”

Mawra might have had her fair share of controversies but Harsh’s transition into mainstream Bollywood has been relatively smooth. “This is my first Bollywood venture. I have mostly worked in Hyderabad so wasn’t even sure how people in Mumbai would react. I am so glad that people in India and Pakistan alike have shown so much love. I can only thank each and every one for their support,” he shared.

But is the love sufficient enough to bring the dusky hero to Pakistan – perhaps for STK’s premier in Karachi? “That is something I can’t decide because it’s the production house’s call,” said Harsh. “But there are definitely some plans! I have my bag ready and will catch the next flight out as soon as I get the call.” Mawra is positive that Harsh will get to experience the same level of hospitality in Pakistan as was extended to her in India. “I wish all my friends and colleagues in the industry are able to meet him,” she added, excitedly.

While the producers sort out their agenda, the actors took the liberty to send special messages to their followers in Pakistan. “I want to tell all of Mawra’s fans that, if they have liked her work in the past, they will love her performance in STK. If she gave her 100% to her previous projects, she has given more than that to this film,” Harsh hailed. Mawra went on to thank those who had criticised her as they provided the motivation to work harder. “In spite of all the negativity, the numbers of my loyal fans keeps on increasing. I have made this film for them. And I am coming home to promote it so will see them soon!”

STK will be opening across India and Pakistan simultaneously, on February 5.

Journey of a failed politician, a successful gangster