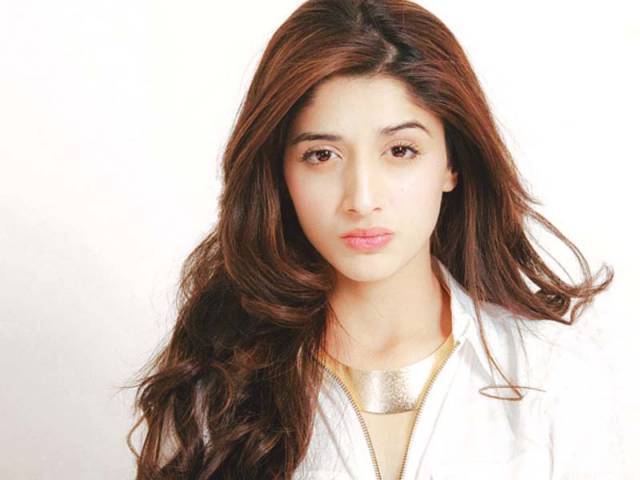 Mawra claims she is neither nervous not over-confident about her upcoming film, Sanam Teri Kasam. PHOTO: FILE

The media has been ablaze across the subcontinent of late, with news of Mawra Hocane and her Bollywood breakthrough becoming a permanent feature. In fact, ever since her casting for the upcoming Sanam Teri Kasam was announced, it seems like Mawra’s career has been soaring. Whether it is for a brief controversy with Shaan Shahid, wherein the actor proposed to ban Mawra from Pakistan, or the very decision to work in India, Mawra is always in the spotlight. And now, with the release of her debut film just round the corner, the Pakistani beauty is certain the fever will continue in both India and Pakistan.

“I think people in Pakistan did not expect the film to be so big but they seem to be thrilled. The word of mouth has been quite positive there,” said Mawra to Press Trust India (PTI), reported Indian Express. “No one my age has come to India from Pakistan before and made a film. Nobody has been ‘launched’ in that sense. I am extremely grateful that I am part of this,” added the 23-year-old.

Reminiscing about how she bagged the role in the romantic comedy, Mawra shared she was on board instantly. “The makers called me over Skype and narrated the script. They moment they said it is the story of a simple  girl who wears spectacles, I just knew I would be doing it,” said Mawra. “When you have a girl with spectacles, you also have her transformation. I would get to show both sides!”

Fortunately for Mawra, the VJ-turned-actor is no stranger to public attention and feels quite content with her experience in Bollywood thus far. “I am not nervous, really,” she said. “But I am not over-confident either. I’m just very satisfied because we have achieved what we wanted to create. Everyone has worked as a team and I am very pleased with the result.”

But while Mawra’s time to shine has come already, her contemporary Mahira Khan is also preparing for her Bollywood debut in Raees, alongside none other than Shah Rukh Khan. And although fans have already started banking on their favourites, months ahead of Raees’s release, Mawra claims there is no competition between the two. In fact, Mahira is someone she looks up to. “When Humsafar released, I wasn’t even an actor so there is no competition at all,” Mahira has been in the industry much longer while it has been only two and a half years for me,” explained Mawra.  She also added that she feels it will be great to debut in the same year as the “stunning and gorgeous” Mahira. “It is wonderful because we will both be nominated as debutantes and that is just fantastic!”

Sanam Teri Kasam depicts the story of a blue-blooded boy named Inder – played by Telugu star Hashvardhan Rane – who wanted to love no one, and what happens when he comes across Saru, who no one wants to love.  Its background score has been composed by Himesh Reshammiya. The love story is slated to be released in India and Pakistan simultaneously, on February 5.

‘David Bowie is my idea of a rockstar’