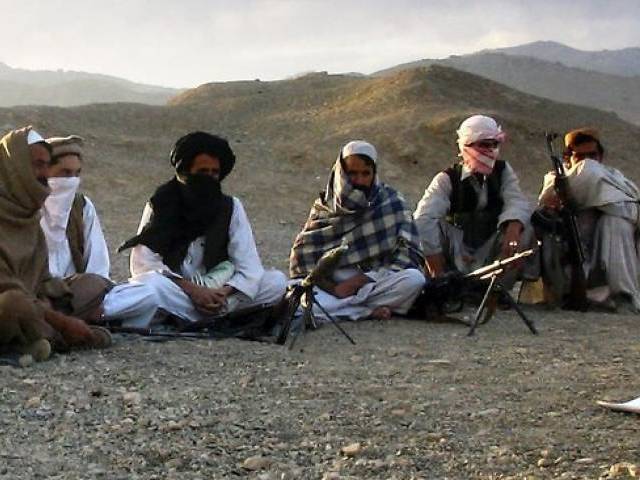 ISLAMABAD: At a recent unofficial meeting in Qatar, the Afghan Taliban shared what they called “some preliminary steps” needed before they can possibly consider joining peace negotiations.

The Taliban representatives told the meeting the “establishment of an official venue for the Islamic Emirate, removal of blacklists and prize money (on top Taliban leaders), release of prisoners and ending poisonous propaganda” are among the steps needed for peace.

The Afghan government quickly rejected the Taliban’s preconditions. Kabul refused to attend the Pugwash meeting on ‘Peace and Security in Afghanistan’ in Doha, Qatar on January 23 and 24 although it was a good opportunity to sit face-to-face with Taliban leaders as direct talks are unlikely to happen soon.

For their part, Afghan leaders also listed some preconditions for negotiations with the Taliban. Preconditions by Kabul and the Taliban cannot be seen as a logical approach as they could only cast doubts over the possibility to restart the peace process.

Before the spring offensive

Confidence-building measures are immediately required to encourage the Taliban to come to the negotiating table, especially at a time when the militant group’s annual spring offensive is imminent.

In a BBC interview this week, President Ashraf Ghani spoke about peace talks with the Taliban.

He said they needed to take place by April so conflict does not intensify in the region. Ghani warned if peace talks do not start by April, the conflict will intensify; consequences of which will be felt across the region.

“Time is not a friend,” he said. “We all understand February and March are crucial,” the president said during a visit to the World Economic Forum in Davos. His concerns about the potential intensification in Taliban-led violence are genuine as the warming weather could pose a serious threat to peace efforts.

Pakistan’s quest for “shared responsibility” in the push for peace and reconciliation in Afghanistan is reasonable and the onus will mainly be on Kabul and Washington to work on confidence-building measures to encourage the Taliban. The militants’ call for a political office in Qatar should be treated as a confidence-building measure and not a precondition; the Afghan government has long been asking for a formal address to contact the Taliban.

However, it seems negotiations can only open after the Afghan government withdraws its objections to the Taliban flag and nameplate of the Islamic Emirate.  The Taliban used both during their rule in Afghanistan. As militants have decided in principle to pursue political consultations through the office—“only authorised and responsible entities [will be] assigned to carry out talks”—Kabul should show some flexibility on the issue.

A Taliban source close to the Qatar developments told The Express Tribune on Friday they may not compromise on the flag, but could discuss objections to the sign of the Islamic Emirate to reach a solution.

He said the office in Qatar opened in 2013 after nearly two years of consultations with Afghan and US authorities.

The second confidence-building measure could be lifting international sanctions on Taliban leaders as some of them could join the peace process. A senior figure in the militant organisation said senior leaders will be involved in the talks at a later stage and free movement would enable them to join the process.

On requests from the Afghan government under former president Hamid Karzai, the UN lifted sanctions on over a dozen top Taliban leaders including former ministers Wakil Ahmad Mutawakkil, Agha Jan Mutasim and ex-ambassador Mullah Abdul Salam Zaeef. Like Karzai, the incumbent Afghan leaders could opt to ease the limits set for Taliban leaders.

As Ghani has now called the Taliban his “political opponents” in a letter to the Pugwash conference, he could move a step further to take some more measures to encourage them to join the peace process. The Afghan President also offered direct talks in the letter, Dr Faiz Muhammad Zaland, a professor at the Kabul University and participant of the meeting, told a section of the local media this week.

Many would expect the Taliban to give a positive response to Ghani’s suggestions as these are the most viable options leading to a political solution without the involvement of others. All stakeholders also want an Afghan-owned process, so the Taliban would also be advised to review their stubborn stance of talking to the Americans first and later to fellow Afghans.