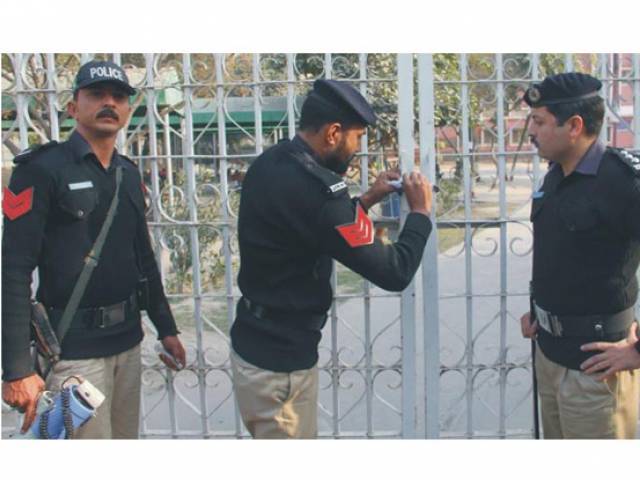 Security has been tightened at 56 educational institutions in Multan district, DCO Zahid Saleem Gondal said at a meeting with several heads of schools on Wednesday.

He told them that schools and colleges had been classified into three categories. Those in Category A had been provided well-trained security guards and stringent measures had been taken to keep them safe.

“Our enemy is targeting educational institutions to enfeeble the very foundations of our country…it is instilling fear into the minds of future doctors, lawyers, engineers and academics and trying to detract us from the path to development,” Gondal said.

Security guards have been stationed at all schools. The boundaries of school buildings have been raised and security cameras have been installed. He said stern action would be taken against the heads of educational institutions which have not taken proper security measures according to the prescribed standards. He directed the Education EDO to submit a fresh security audit report of all schools.

Speaking on children recovered from brick kilns, Gondal said the government had banned bonded labour and stern action would be taken against owners of the brick kilns where children were being made to work. The government will provide Rs1,000 monthly stipend and free books, stationery and uniforms to those children, he said. Their families would be given Rs2,000 at the time of admission and Rs4,000 for each year they stay in school.