Not comfortable being a public figure: Momina Mustehsan

Not comfortable being a public figure: Momina Mustehsan 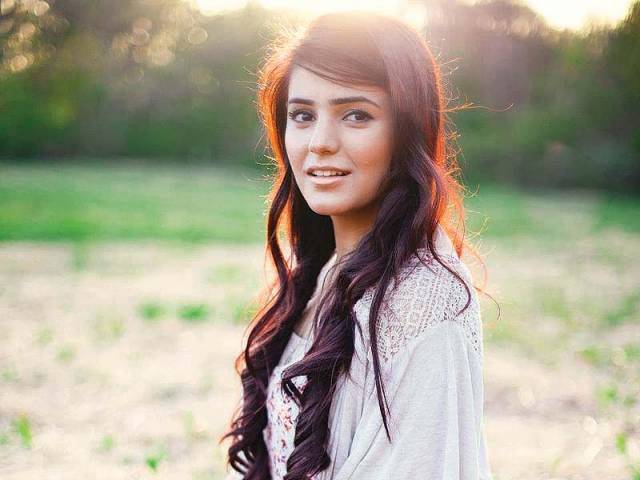 Not many singing aspirants in their early 20s can boast of having crooned for a Bollywood box office hit. With little exposure of the entertainment industry, one would have to be a special talent to make it to the top in only a few footsteps. Momina Mustehsan is one individual who broke in with great finesse.

Her duet with singer Farhan Saeed, Pi Jaun, and her Bollywood song Awari announced her arrival on the scene but that was a couple of years ago. While she may be attending grad school in New York these days, Mustehsan was not once disillusioned with what brought her centre stage at such an early age. Talking to The Express Tribune, Mustehsan opens up on what’s next for her. “I’m always working on new pieces. Music is a passion for me and not a profession. I have plenty of time on my hands … I might be working on a Pakistani project later this year. It’s something that I am excited about,” she says.

In the process of not divulging details, she hinted at her hatred for the celebrity life. “I like taking somewhat of a backseat when it comes to professional music also because our society is such … we are always looking for opportunities to pick on women in this field and even in general,” she adds, maintaining, “I am not comfortable with being a public figure.”

So how did the Ek Villain team approach this budding star whose take on the industry is quite unconventional? An original of Lahore-based band, Soch, Awari was initially part of Nescafe Basement. Indian director Mohit Suri offered to make the song part of his 2014 film, Ek Villian. Soch gave the nod to the director who is credited with giving many of Pakistan’s top singing talents a chance to sing for a Bollywood movie, and work began. The film version of the song required the services of a female vocalist. “I was approached by Soch and they wanted me to feature on their track without disclosing what it was for,” Mustehsan says. The singer had never planned on venturing into Bollywood, “but then, Awari happened”.

Momina recorded her singing bits in her current city of residence and did not appear in the music video. “It was an extremely casual process and I never met anyone in person. I recorded the song on my own in New York. The contract was signed after the track had been lined up for release,” she adds.

The video was shot in India by Prahlad Kakkar. On what may have drawn the attention of both Soch and the Ek Villian team, Mustehsan says, “I had previously made a few amateur renditions of some Bollywood songs and uploaded them on SoundCloud because of which, I was approached.”

Interestingly, the story behind Pi Jaun was no different. Speaking about the soundtrack, she mentions, “Pi Jaun was made by a dear friend, Saad Sultan, over a Skype session. I added a bridge melody and wrote some lines for the song. Farhan came on board later on.”