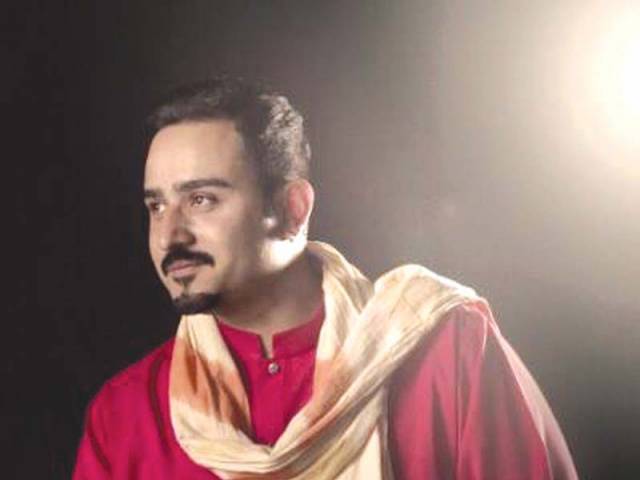 Abbas shared his next international tour will be to Malaysia, Singapore and Indonesia. PHOTO: FILE

From upping his game with an international tour across Singapore, to future plans of venturing into acting, singer Abbas Ali Khan has a whole lot on his plate. He speaks to The Express Tribune about relocating to Karachi from Islamabad, his experience of performing for an international audience and upcoming projects.

“My family has a house in Karachi so shifting wasn’t difficult. I came here for work and to search for more opportunities,” shared Abbas, who has been heavily involved with his work on film scores. “If it weren’t for work, Islamabad is the place to be, but Karachi is where everything is happening.”

The singer is looking forward to the release of Kaptaan, for which he has composed songs, Mere Humsafar and Zikar. Shedding light on his passion for acting, Abbas shared he has previously been approached by directors who have asked him to star in their films. However, the singer feels he lacks the flair to act on the big screen. “I have been approached by many directors but I’ve always refused, because I don’t have the talent for acting. However, the directors’ said they would teach me the craft so I’m somewhat open to the idea now” he added.

For Abbas, there isn’t any solid acting project in the pipeline yet but if given the opportunity, he’s ready to give it a shot. The singer performed at two separate events while on a tour of Singapore last year, including a concert and a private gathering. Dubbing his experience as challenging, Abbas said, “The audience in Singapore is tough to please because they have a lot of exposure to international musicians. Deff Leppard was there at the same time I was.” However, Abbas has well-learnt the trick to entertaining a live audience. “The key is to interact with the audience. They love stories and so, if you share the background of a particular song, they’d be very interested. Luckily, my natural way of performing is by interacting with them so the response was amazing” he shared. His next international tour will be to Malaysia, Singapore and Indonesia.

Currently, he has his hands full composing music for a string of upcoming films. He recently completed work for the movie, Azaad, and will soon start looking over director Sohail Javed’s venture, Punjabi Wedding Thriller. “I’ve compiled Par Phaila, which is a song for the Air Force and will also be making music videos for the album Tamaam Alam Mast’,” said Abbas.

Often referred to as a Sufi musician, Abbas’s music is soulful and conveys a deep message to the listeners, which makes one wonder whether he’ll soon dabble into something new-pop and upbeat. “I don’t want people to think of me as a Sufi singer. I am always open to experimenting with different styles so maybe my next song will be something completely unexpected. I will only do an item number, which is intelligently written. In fact, the air force song Par Phaila is a pure-pop song, with no eastern classical music and straight melody” shared Abbas.

‘Censorship in India needs to be holistic’