Similar protests were held at press clubs in Islamabad, Karachi and other cities
Our Correspondent January 24, 2016 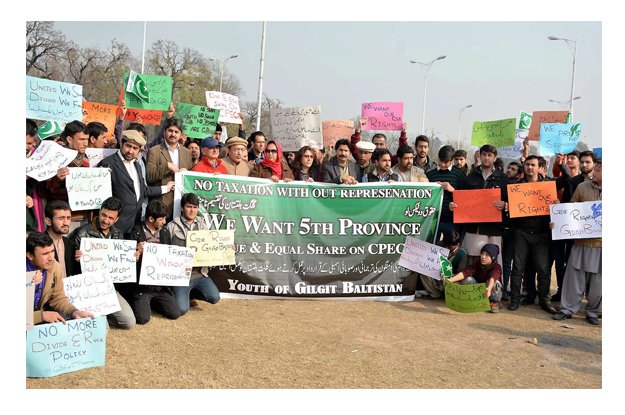 Youth from various parts of Gilgit-Baltistan held a demonstration on Sunday in Gilgit and demanded constitutional rights for the region as well as its due share in the China-Pakistan Economic Corridor (CPEC).

The demonstration was attended by dozens of young people at Gilgit Press Club. Speakers raised their voice for the rights for a region excluded from mainstream politics for the past seven decades.

The protesters were holding placards and banners inscribed with slogans demanding G-B’s representation in forums like the NFC award and Parliament.

Similar protests were held at press clubs in Islamabad, Karachi and other cities.

“Give us our rights or forget about taxes,” a student leader said while addressing the gathering. “G-B should be declared the fifth province of the country without further delay.” The activist said people of the region are major stakeholders, but are not taken on board in projects like the CPEC.

The rally was addressed by Pakistan Peoples Party senior leader Iqbal Rasool. He flayed the Pakistan Muslim League-Nawaz government for depriving G-B of benefits from various development projects. The youth activists passed a resolution at the end, asking the federal government to ensure the rights of the people. 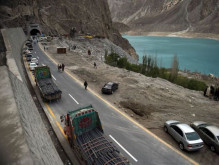 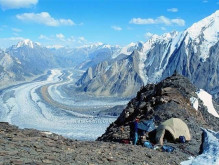