"If the school opens on Januar­y 26, it would be blown up with a bomb," reads the messag­e
By Shamsul Islam
Published: January 24, 2016
Tweet Email 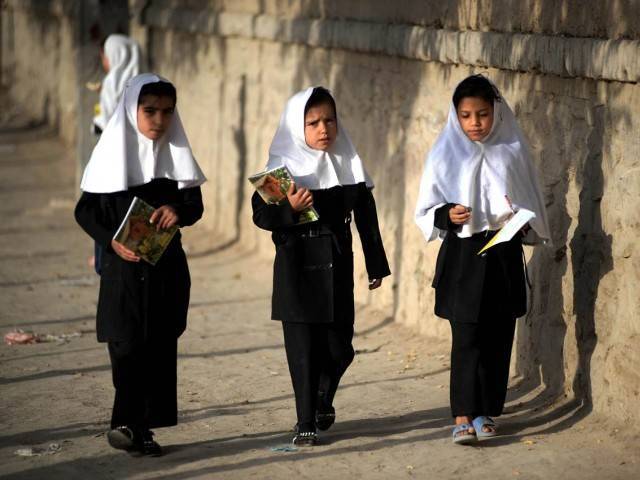 "If the school opens on January 26, it would be blown up with a bomb," reads the message. PHOTO: AFP

FAISALABAD: A threatening script on the walls of a girls school in the outskirts Faisalabad has caused panic among the inhabitants of the area, including teachers and parents of the students.

The script, allegedly posted by an unidentified group, warned the Government Girls High School Chak No241-RB Chinchal Singh Wala against commencing classes from January 26, saying it will be blown up if authorities did not take heed of it.

“We received a complaint from the headmistress, saying some students informed her about the threatening script written on the school wall,” SHO Thikriwala police station Ghulam Asghar told The Express Tribune on Sunday.

“The massage read: If the school opens on January 26, it would be blown up with a bomb,” Asghar, said while quoting the school’s headmistress.

The police officer said the headmistress had requested the police to provide security to the school and ensure the safety of its students and the faculty.

“We have registered a case under Section 506 of the Pakistan Penal Code (PPC) against unidentified terrorists,” said the SHO.

While a special team has been constituted to trace out the accused involved in spreading terror, a police contingent has also been deployed in an around the school area.

The incident comes days after at least 21 people were killed in a terrorist attack on the Bacha Khan University in Charsadda district of Khyber-Pakhtunkhwa.