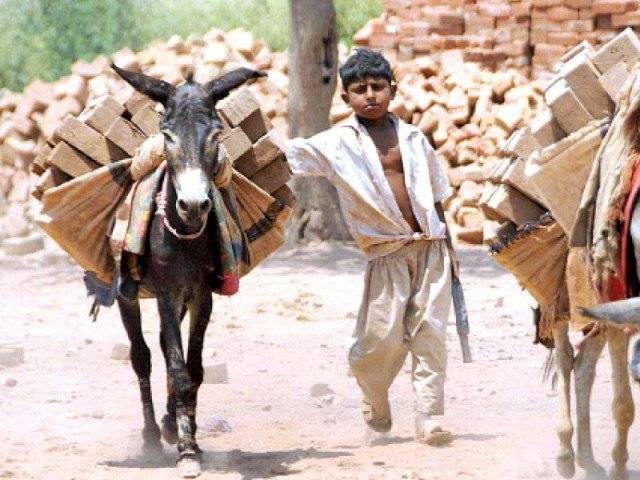 He was addressing a meeting at Civil Secretariat through video link.

The meeting reviewed the measures taken for the elimination of child labour from brick kilns. The chief minister expressed satisfaction over the steps taken so far. He praised ministers Rana Sanaullah, Raja Ashfaq Sarwar, Chief Secretary Khizar Hayat Gondal and the inspector general of police. He said that no leniency should be shown in this regard.

“Child labour at brick kilns is tantamount to cruelty. Its complete elimination is the government’s mission. Stipends, free uniforms, stationery and textbooks will be provided to children working at brick kilns. Monthly stipend of Rs1,000 will be given to these children. In addition, Rs2,000 will also be given to their parents,” he added.

The Labour Department secretary briefed the meeting regarding the measures taken for the elimination of child labour. Sanaullah, Sarwar, Gondal, the IGP and secretaries of departments attended the meeting.

“Welfare of the masses and improving their living standards is the top priority of the government. Billions of rupees is being spent on programmes for the provision of relief to poor families. A number of programmes for the welfare of downtrodden people and welfare of the common man are continuing in the Punjab,” he said. The CM said that the Punjab Khidmat Card Programme had been launched for the provision of interest-free loans and free vocational training of special persons. “Assistance is being provided to special persons for making them active and useful members of the society,” he said.