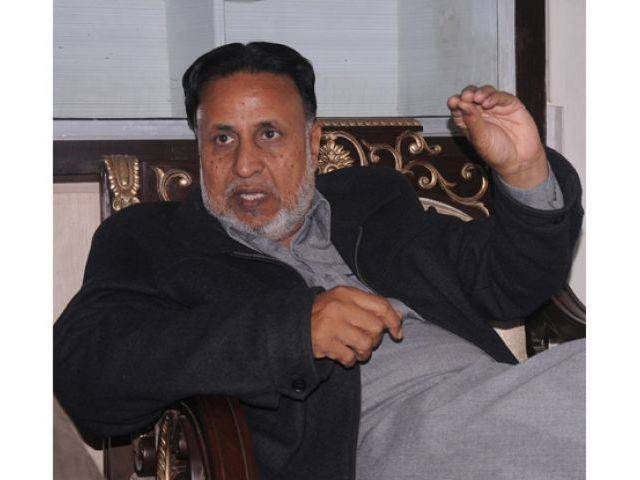 An alliance of opposition parties in the province may be in the offing as parliamentary leaders of four major parties meet on Monday to ‘devise a strategy against the provincial government’.

The meeting arranged by Leader of the Opposition Mehmoodur Rasheed will take place at his chamber at the Punjab Assembly. Parliamentary leaders of the Pakistan Peoples Party, the Pakistan Muslim League-Q and the Jamaat-i-Islami will join Rasheed at the meeting.

The announcement of the meeting came a day after 19 opposition lawmakers came together at the provincial assembly premises on Thursday in protest against the delay in resumption of the assembly session.

Consultation between the PTI and other parties to work towards a joint agenda had started following PTI chief Imran Khan’s statement around a month ago that his party’s lawmakers should be more aggressive in opposing the provincial government.

Regarding the agenda, Rasheed said the promulgation of ordinances, spending priorities of the government and the Orange Line Metro Train project would be discussed at the meeting.

On spending priorities of the government, Rasheed said the opposition would press the government to look into allocations for education, health and law and order sectors. “Law and order situation in the province is worse compared to other provinces. Yet, nothing is being done to improve the situation,” he said.

On the Orange Line train project, the meeting would deliberate ways to prevent the government from proceeding with the project. All major opposition parties in the province have questioned the allocation of funds for the mass transit project. Rasheed said funds allocated for welfare projects that covered the entire province including the Saaf Paani project had been diverted to the Orange Line project.

On Friday, Rasheed also submitted an adjournment motion in the PA secretariat seeking an explanation for demolition of historic buildings near Lakshmi Chowk and on McLeod Road and Nicholson Road, including the house where Nawabzada Nasrullah Khan had lived.

PPP’s parliamentary leader Qazi Ahmad Saeed said strategy on other matters of governance could also be discussed once there was an agreement on a unified front. “We need to develop an understanding on the direction in which opposition should head, consensus on issues will follow,” he said.

PML-Q’s Aamir Sultan Cheema said the opposition could not afford to be fragmented. “There’s already a dearth of opposition members in the House. We can’t afford to not have a united stance,” he said.

The four parties have been working together in protesting against the Orange Line Metro Train project. A similar protest scheduled for Sunday (tomorrow) is likely to be rescheduled to next week over cold weather forecast.

Rasheed said five independent lawmakers in the PA would also be invited to the Monday’s meeting. Two of these, Ehsan Riaz Fatayna and Ali Salman, had attended the protest session at the assembly premises on Thursday.