We unders­tand how one feels when one sends his son to school or univer­sity and later receiv­es his dead body, Khan said
By AFP
Published: January 21, 2016
Tweet Email 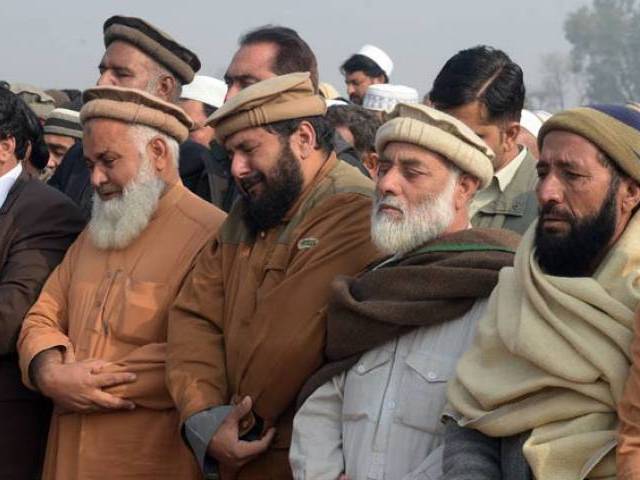 ISLAMABAD: As grieving Pakistani parents lament the government’s failure to keep their children safe, analysts say the Taliban have sent a message with their latest campus massacre — a national crackdown on extremism has failed and they can hit targets at will.

The rampage at Bacha Khan university left 21 people dead Wednesday and shattered the sense of security growing in the troubled northwest, a year after Pakistan’s deadliest ever extremist attack, a 2014 assault on a school in nearby Peshawar.

The chilling similarities between the two atrocities starkly underscored the failings of a government- and military-led initiative launched in the wake of the strike on the army-run school.

“It happened again,” said Zaheeruddin, father of Kashan Zaheer, a ninth grade student who was wounded in the assault which saw Taliban gunmen storm the Peshawar school and kill more than 150 people, most of them children, a year ago.

“Staff and students were martyred again. The government has failed. It has not been able to provide us security.”

The Peshawar attack, carried out by the same Taliban faction that claimed the latest strike in nearby Charsadda, prompted the military to intensify an offensive in tribal areas where militants had operated with impunity.

The military says it has killed thousands in the campaign and swept others over the porous border into Afghanistan.

The government launched a much-vaunted National Action Plan to combat extremism, including the creation of military courts and the resumption of executions after a six-year moratorium.

Together the initiatives are credited with making 2015 the least deadly in terms of militant attacks since the formation of the Tehreek-e-Taliban Pakistani (TTP) in 2007.

But the Bacha Khan attack was a message, said Peshawar-based senior analyst and retired brigadier Saad Khan — that despite the pressure “they can hit any target”.

The killing of young people “brings a lot of pain, despondency and hopelessness, and that arouses emotions against the government, the same government which claimed it had broken the back of the terrorists,” he said.

Defence and security analyst Talat Masood said the government and military had failed to follow through.

“This is the same pattern. They are looking for soft targets and it is simply impossible to provide security to the soft targets, especially those near the border (with Afghanistan),” he told AFP.

“Pakistan needs to do a lot more.”

Among the criticism is that little has been done about key issues including oversight of Pakistan’s thousands of Islamic seminaries, widely seen as breeding grounds for intolerance.

The resumption of hangings has been particularly controversial, with rights activists saying that the majority of the more than 300 people executed in the past year were not linked to extremism.

And observers such as the Pakistan Institute for Peace Studies argue that execution is no deterrent for militants who are already prepared to die for their cause.

Pakistan’s reaction to a recent attack on an Indian air base also highlighted what is viewed as a practice of only cracking down on certain types of radicals, tolerating militants it deems useful to its aims, such as those targeting arch-rival India.

Islamabad moved swiftly against Jaish-e-Mohammad, the group believed by Delhi to be behind the attack on the base in Pathankot that left seven dead, detaining some of its leadership and sealing its offices.

But media commentators expressed wry surprise that the group had any offices still open for the government to seal, seeing as it had been banned in 2002.

For those who survived the 2014 attack, described as Pakistan’s 9/11 for the way it united the country in shock and outrage, “sequels” such as Wednesday’s university assault are making their courage waver.

Ajun Khan lost his only son, Asfand, a tenth grader, in the Peshawar school massacre.

“We understand their pain, we understand how one feels when one sends his son to school or university and later receives his dead body,” Khan said of the families of the latest strike.

Khan said parents of the Peshawar victims are meeting on Thursday to express their sympathy and to chalk out a strategy — such as compulsory military training for all civilians.

“We are not safe, even parents do not feel safe, we are worried about the future,” he said. “It is now the people’s war.”

Too early to say who’s behind Charsadda attack: FO