DJ Khaled is also in the race for Snapch­atter of the Year. Go vote!
By Entertainment Desk
Published: January 21, 2016
Tweet Email 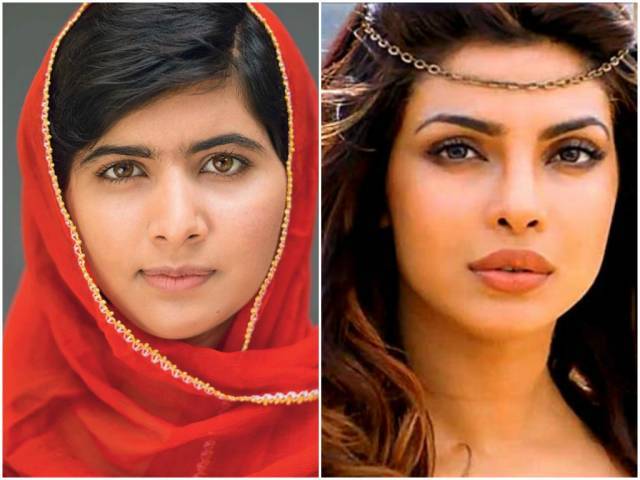 Malala Yousafzai and Priyanka Chopra are no strangers to awards, one being a Nobel Peace Prize winner and the actor having won several awards for her acting, including the recent People’s Choice Award.

Now the two ladies have been nominated for awards at the 8th Annual Shorty Awards — Malala in the Activism category (Tech & Innovation) and Priyanka in the Actress category (Arts & Entertainment).

According to the official website, ‘these people stand up for what they believe in, cause a movement… Whether they use Twitter, Facebook, YouTube or other social means to help generate awareness of their cause, start a revolution, or inspire others to do the same, they might just win this Shorty.’

A fan favourite, DJ Khaled has been nominated for Snapchatter of the Year after his Snapchat stories became wildly popular and entertaining as well as motivating. One of his many competitors in the category is Kylie Jenner.

Founded and produced by Sawhorse Media, the 8th Annual Shorty Awards ceremony will be held April 2016 in NYC and will be streamed live internationally at ShortyAwards.com.

Finalists in each category – recognising content for sports, journalism, fashion, humour and more – are determined by rankings from The Real Time Academy, as well as votes from fans via social media.

Check out nominees in all the categories here and vote for your favourites now.

Deepika excited yet nervous to work with Vin Diesel