Brown's death sparke­d the first of angry and at times violen­t protes­ts across Americ­a
By AFP
Published: January 21, 2016
Tweet Email 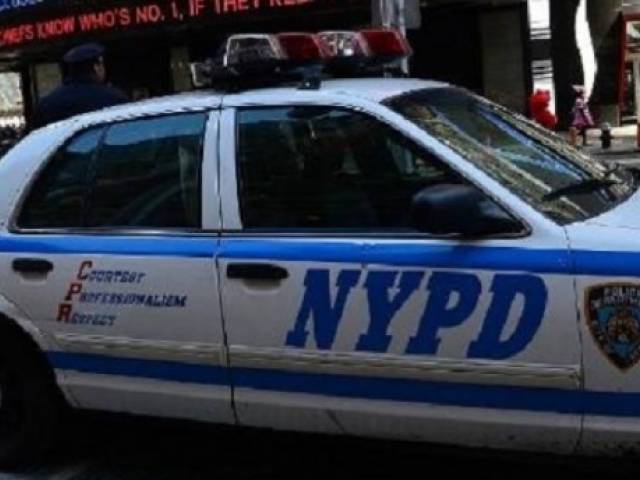 NEW YORK: The trial began Wednesday of a rookie New York police officer accused of manslaughter in the death of an unarmed black man whose shooting fueled nationwide protests against US police tactics.

Liang fatally shot Akai Gurley, 28, the father of a young daughter, in a dimly lit stairwell of a Brooklyn housing project on November 20, 2014.

His death closely followed those of Eric Garner, a father of six in New York, and 18-year-old Michael Brown in Missouri, also at the hands of police.

Brown’s death sparked the first of angry and at times violent protests across America.

Liang appeared in Kings County Supreme Court dressed in a suit, white shirt and gray tie. He made no remarks and sat silently next to his lawyers as jury selection for his trial began.

It is rare for US police officers to face trial for actions carried out in the line of duty. The Asian-American officer was on the job just 18 months before the shooting.

The trial is likely to last three to four weeks, Judge Danny Chun said. Jury selection is expected to continue Thursday and opening statements are scheduled next Monday.

Five shot in US at rally over death of black man: police, media

Liang and his partner were on a routine patrol of the Louis H Pink Houses complex, the scene of two murders in one year, the night that Gurley was killed.

Liang left the roof and walked down the stairs to the eighth floor. The lights were not working and at that moment Gurley and his girlfriend stepped into the stairwell, a floor below, when the elevator failed to appear.

Liang opened fire and the bullet struck Gurley in the chest.

A grand jury’s subsequent decision to indict Liang came in stark contrast to decisions by other grand juries in similar cases, particularly the death of Brown in Missouri and Garner in New York.

Dozens of potential jurors spent Wednesday trying to be excused, citing reasons such as lack of fluency in English, a bad experience with the police or claiming to have read a lot about the case.

Others said they had grown up surrounded by police officers and would be biased or unable to exercise fair judgment.

“There was a lot of police misconduct recently, I don’t think I can be fair,” said one potential juror, who was excused.

After Liang fired the bullet, he and partner Shaun Landau did not respond to radio contact for more nearly seven minutes, the New York Daily News reported.

Kimberly Ballinger, the mother of Gurley’s daughter, filed a wrongful death suit last May against the city, the two officers and the housing authority which runs the apartment building.

A series of high-profile police killings in the US, usually of black men or youths, triggered a nationwide debate about police reform and penalties for officers who kill unarmed suspects.

The US Bureau of Justice Statistics says that blacks accounted for 32 per cent of all reported arrest-related deaths from 2003 to 2009, despite making up 13 per cent of the population.