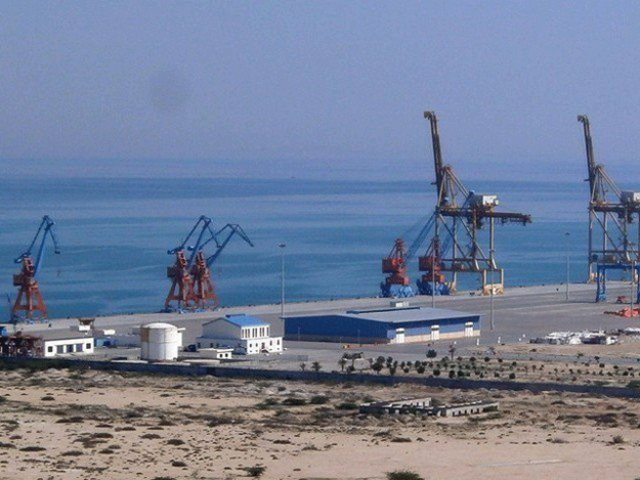 The Sindh apex committee decided on Tuesday to hire 2,000 retired army men for the security of the China-Pakistan Economic Corridor projects in the province.

Chaired by Chief Minister Qaim Ali Shah, the meeting decided that the trained personnel would provide security to the Chinese engineers and other staff working on around 13 projects across the province.

The committee also resolved to establish more than 10 safe houses and appoint 200 police officials for the protection of eyewitnesses in heinous crimes.

Participants decided to send 25 terrorism cases to the military courts — including the Sabeen Mahmud murder case, eight Abbas Town cases, Manghopir bomb factory case and the case of the attack on a mosque in Federal B Area that had left five people dead.

The apex body reviewed its past decision to implement the National Action Plan and stressed on controlling street crimes in Karachi.

IGP Jamali told the meeting that the security situation in Karachi and other parts of Sindh had improved. “Five terrorist incidents had occurred in 2015 as opposed to over 22 the year before. Similarly, one kidnapping for ransom case was reported last year as opposed to 59 in 2014.”

A representative of the Federal Investigation Agency was also invited to the huddle, in connection with the AKD Securities raid.

Chief Minister Shah and the finance minister told the meeting that the raid had caused resentment among the business community and affected business at the stock exchange.

The apex body formed a committee, which would include a representative from the business community, to review the case. It will present its report in the next meeting.

After the apex committee meeting, Information Adviser Maula Bux Chandio told a news conference that the meeting had already approved establishing 30 anti-terrorism courts (ATCs) in the province to expedite 2,000 cases. “But in the first phase, 10 courts will be set up soon.”

Regarding the venue of the courts, the corps commander proposed providing land in the cantonment areas and said: “If you have security issues, we can render this service.”

An insider added that the chief minister had also signed a summary to appoint 30 ATC judges. “The recruitment process will be started by the chief justice of the Sindh High Court.”

An insider said the issue between the Sindh government and the Rangers had been resolved. “A meeting between the corps commander and the chief minister on Monday had decided to resolve the issue,” said a senior official in the provincial administration.

According to the source, the paramilitary force would now take the chief minister into confidence before arresting any political figure or taking action against a government department. “This was the bone of contention, and it shall be resolved.”