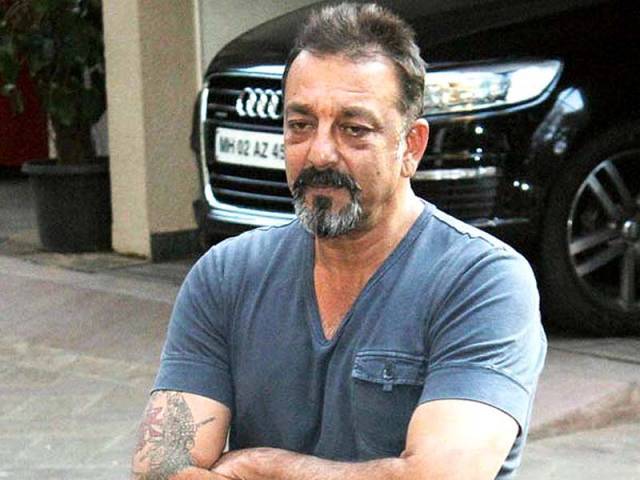 Casting for Sanja Dutt’s biopic is also under way but none of the actors have been finalised as yet. PHOTO: FILE

National Award winner, Umesh Shukla revealed that he has a film in mind for actor Sanjay Dutt, who is due to be released from jail late next month. The latter has been serving a five-year sentence in Pune’s Yerwada Central Jail, having been found guilty of possessing an illegal weapon. He is slated to be released from police custody on February 25.

Much like Sanjay’s avid fans, Umesh is eagerly awaiting Sanjay’s arrival. The director of OMG: Oh My God fame claimed he has the perfect script for the Munna Bhai star, that the veteran actor has already expressed an interest in his script, which rides high on entertainment value and a positive message for society. Could this be Sanjay’s big comeback film? “Let’s see. Sanjay liked my subject but we will get to know the status of the film once he returns home,” Umesh said in an interview. “First of all, he needs to be with his family. That is his priority. As far as the film is concerned, he certainly liked my script which I narrated to him last year.” Umesh also added that the script suits Sanjay the best and no other actor has been finalised yet. “It’s a content-oriented subject. First we will lock his dates, and then we will talk to others,” he said. He will begin working on the project once he completes his current project, 102 Not Out, with Amitabh Bachchan and Paresh Rawal. “I was in Nasik a few days back for location recce for 102 Not Out. I think we will be shooting in Mumbai only but for some of the outdoor sequences, we may go to Nasik,” said Umesh. “I have a meeting with Bachchan sir soon and will be locking dates. We will most probably start shooting from May or June.”

Umesh also shared he would like to shoot films in Vietnam someday. The director was in the South-Asian nation for the inaugural Indian Film Festival Vietnam last month. The event hoped to bridge the gap between the entertainment industries of both countries. “I met lots of directors and actors there,” said Umesh of his experience with the Vietnamese. “I stressed on the fact that just exploring locations is not enough. We need to understand each other’s cultures as well. That way, we will be able to work better. I would love to shoot there; it’s a beautiful country with very nice people.

Umesh is not the only director looking out for Sanjay. His fellow filmmaker, Vidhu Vinod Chopra is also just as excited. “He committed a mistake and paid for that. Now is his rebirth and we are with him,” he said in an earlier interview. Vidhu has previously worked with Sanjay on the massively successful Munna Bhai franchise and is currently working on its third installment. “It will definitely happen. As of now, we are in the writing stage,” he said.