Sanjay was acquit­ted of terror charge­s under the TADA, but found guilty of posses­sing illega­l arms
By IANS
Published: December 8, 2015
Tweet Email 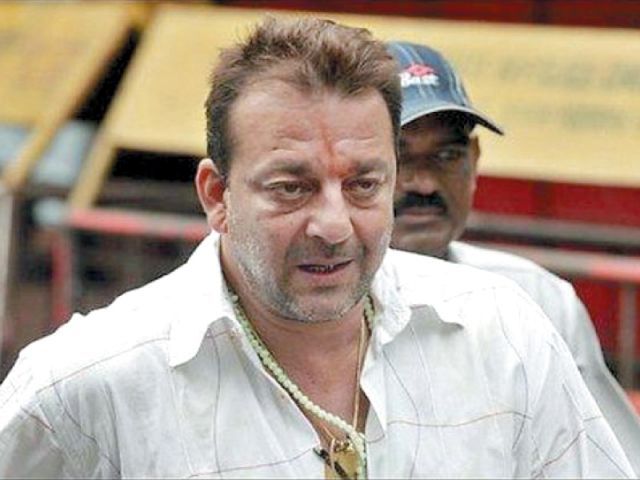 Sanjay was acquitted of terror charges under the TADA, but found guilty of possessing illegal arms. PHOTO: FILE

PUNE: Incarcerated Bollywood actor Sanjay Dutt, whose five-year sentence for his involvement in the 1993 Mumbai serial blasts was confirmed by the Supreme Court in March 2013, will be freed from prison by March 7, 2016, official sources said on Tuesday.

The sources indicated that barring last-minute glitches, Sanjay would be released by March 7 after completing the remaining 42-month period of his sentence.

Munna Bhai 3 in the making, Sanjay Dutt to play lead

Sanjay was acquitted of terror charges under the TADA, but found guilty of possessing illegal arms, acquired ostensibly to protect his family during the communal conflagration that engulfed Mumbai after the demolition of the Babri Mosque on December 6, 1992.

Following apex court orders, his bail was cancelled and he was ordered to surrender within four weeks, which he complied with on May 16, 2013 and was lodged in Arthur Road Central Jail.

A week later, he was shifted to the Yeravada Central Jail, Pune, where he has been lodged since then and has earned the reputation of being a well-behaved inmate.

Sanjay Dutt to stay behind bars

Of the five-year sentence, the actor had already served 18 months as an undertrial and was required to undergo another 42 months, which are now on the verge of completion.

In between serving time, he was granted either parole or furlough on various grounds, attracting a lot of criticism from various quarters, while some prominent personalities demanded his release from jail.

God has been kind to me and Salman: Shah Rukh Khan