Smitten with actress, Mexico's 'Chapo' tripped up by flirting

Smitten with actress, Mexico's 'Chapo' tripped up by flirting

Govern­ment offici­al says Guzman "had a kind of obsess­ion" with the actres­s that was his undoin­g
By Reuters
Published: January 14, 2016
Tweet Email 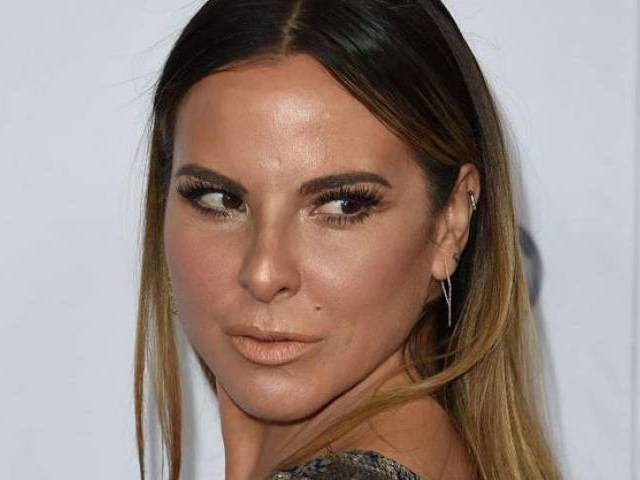 MEXICO CITY: Details of flirtatious phone messaging chats between Mexican drug lord Joaquin “El Chapo” Guzman and actress Kate del Castillo have gripped Mexico, and an official said his “obsession” with her led him to lower his guard and be caught.

Guzman, 57, was arrested in the northern city of Los Mochis on Friday, six months after a dramatic second jailbreak through a tunnel in his cell. He is now back in the same prison.

Mexican authorities said they intercepted a series of instant message conversations in which del Castillo, 43, brokered a secret meeting between Guzman, herself and Hollywood star Sean Penn in October, helping them trace the kingpin.

A senior government official, who declined to be identified, said one reason Guzman left his redoubt in the Sierra Madre mountains of Sinaloa for Los Mochis was because he was desperate to set up another meeting with the Los Angeles-based actress.

“I’ll look after you more than my own eyes,” Guzman said, according to transcripts of the exchanges published by newspaper Milenio on Wednesday. “I’m very moved,” she replied. “Nobody has ever looked after me.”

The government official said the messages were genuine and that Guzman “had a kind of obsession” with the actress that was his undoing.

Del Castillo took to Twitter to thank her supporters and wrote: “Not surprisingly many have chosen to make up items they think will make good stories and that aren’t truthful.”

She pledged to give her story in due course.

The warmth between the drug lord and the actress has surprised even Mexicans inured to the often stranger-than-fiction events of the drug war. Stores in Mexico City on Wednesday sold piñatas resembling the pair, with “del Castillo” brandishing a pistol with “I love Chapo” written across it.

The newspaper said some of the messages were copied from an intercepted phone used by one of Guzman’s lawyers. Another of his lawyers said reports the two were close were “speculation.”

Later messages between the two appear to have been retrieved from a Blackberry device that a lawyer bought for del Castillo on Guzman’s orders. The kingpin wanted her to have a pink handset but in the end agreed to gray.

Guzman’s ties with del Castillo began publicly in 2012 when the actress, who has fronted campaigns for L’Oreal and Ford, wrote an open letter calling on the capo to “traffic in goodness” and saying she believed more in him than the government.

The conversation carried on after the meeting with Penn at a time when authorities were in hot pursuit of Guzman, who narrowly escaped a raid authorities say was made possible by leads gathered from his contacts with del Castillo.

Guzman comes across in the messages as increasingly enamoured with the actress, while she tries to talk about work, including an unnamed project involving people in Hollywood.

“I haven’t slept much since I saw you. I’m so excited about our story,” she wrote on Oct 10. “I’m more excited about you than the story,” Guzman writes. “You’re making me blush,” del Castillo responds.

Copies of TV episodes of “La Reina de Sur,” del Castillo’s most famous role, portraying a fictional trafficker, were found in the safehouse Guzman was hiding in prior to his capture.

In one exchange, del Castillo said a contact had arranged for a US lawyer to defend Guzman and his sons.

The kingpin was impressed.

“Come now because I’m dying to look after you, the way it should be,” he wrote. “You’re the best in this world, there’s no way I can repay you for what you’ve done for me and my children.”