Here’s how these stars kicked off their acting career­s
By Alveena Abid
Published: January 18, 2016
Tweet Email 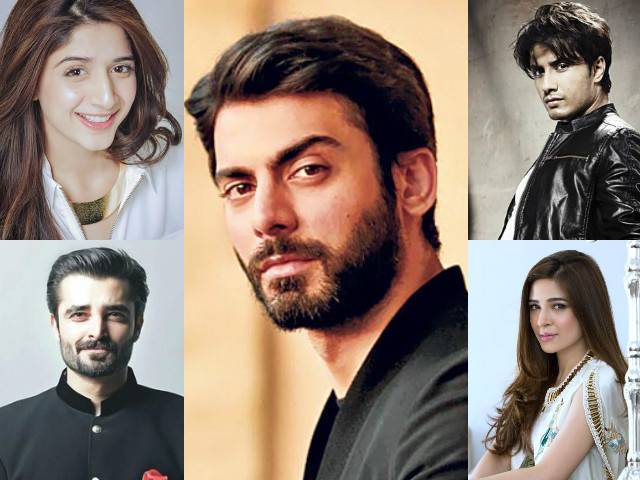 Here’s how these stars kicked off their acting careers.

KARACHI: Everyone recognises the likes of Fawad Khan and Hamza Ali Abbasi as stars who made it big with one hit after another — but what you may not know is that their impressive careers were far from glamorous during their initial years in the industry.

These actors worked tediously to be where they are now. We bring to you a list of seven actors who have been in the business since they were fresh-faced teens or in their early twenties.

Known to be one of the biggest rock stars in the country, Ali initially started his career as an actor. If you think he forayed into acting with his Bollywood debut Tere Bin Laden in 2011, let us refresh your memory.

The singer graced TV screens back in the good ol’ PTV days. He made his acting debut with hit 90s sitcom Kollege Jeans, a show based on college life.

He was later seen as Temur in 2000 drama serial Kanch Ke Par. He also played the role of Ramis in the 2002 drama serial Landa Bazar. With a number of hit TV serials like Daastan, Humsafar, Zindagi Gulzar Hai, along with blockbuster film Khuda Ke Liye to his credit, the leading Pakistani actor ventured into acting at the age of 19.

The stellar star was first seen in the popular 2000 comedy series Jutt and Bond.

His most famous TV serial Humsafar gained him much recognition in Pakistan and India and soon enough he made his Bollywood debut in 2014 with Khoobsurat alongside Sonam Kapoor — a performance that won him a Filmfare award, and the hearts of many across the border.

Bulbulay‘s Khoobsurat has been showing her comic best since the 90s. She launched her acting career around the same time as Ali Zafar and was seen playing the character of Sabahat in Kollege Jeans.

Since then, she has proved her mettle with hit TV serials such as Dolly Ki Ayegi Baraat, Bulbulay and Zindagi Gulzar Hai. She made her film debut last year with Karachi Se Lahore.

The ace director and actor rose to fame when he first showed his talent in 90s hit sitcom Shashlik. He played the lead role of Cheeku which became widely popular among the masses.

Sarmad then returned to the small screen as an actor in 2007 with self-directed Piya Naam Ka Diya. He also made headlines for his phenomenal portrayal of Saadat Hasan Manto in self-directed Manto last year which generated waves world over, even winning him an award for Best Actor at the Jaipur International Film Festival 2015.

The Pyare Afzal actor has been acting since the past 10 years. But before making waves on TV and the silver screen, Hamza worked his magic in theatre. He has played central characters in hit plays such as Bombay Dreams, Home is Where Your Clothes Are, Phantom of the Opera, Tom, Dick and Harry and Moulin Rouge. Hocane sisters Urwa and Mawra, have been on a roll ever since they were teenagers. They began their acting career sometime in 2007 with hit stage plays such as Home is Where Your Clothes Are and Marry Poppins. The two later ventured into the small screen. Urwa had already worked in hit TV shows such as Marasim and Tum Meray He Rehna before she made headlines with 2014 blockbuster Na Maloom Afraad. Whereas Mawra, who was last seen in TV serial Maryam, is all set to make her Bollywood debut with Sanam Teri Kasam scheduled to release next month.