The govern­or's guitar was a little out of tune but the patrio­tic tune manage­d to rile up the crowd
By News Desk
Published: January 9, 2016
Tweet Email 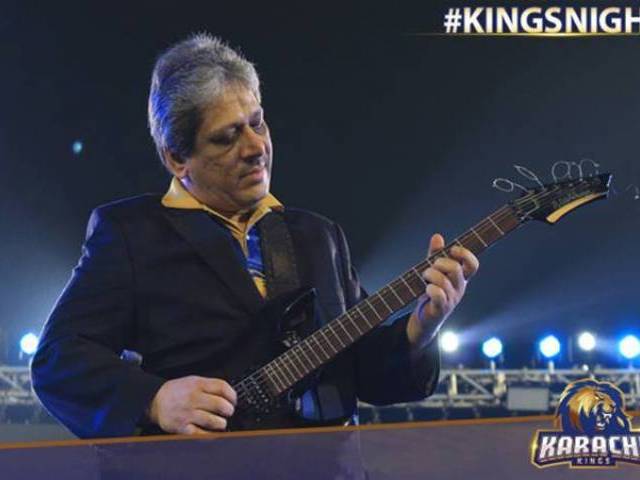 The event kicked off with a display of fireworks, followed by a honourary appearance by Sindh Governor Dr Ishratul Ebad, who played a guitar solo of the national anthem. The governor’s guitar was a little out of tune but the patriotic tune managed to rile up the crowd. On the governor’s rockstar moment While Fahad Mustafa geared up to host the event, many chose to catch up with friends while others snapped away, posing for selfies.

The event was held at Karachi’s National Stadium on Friday to launch Pakistan Super League’s Karachi Kings, where Sindh’s longest serving governor showcased a side of himself which many were not aware of.

@drishratulebad Sir, it was a very awesome moment when u were playing anthem on guitar. Mashallah. Surprise was awesome !! Great :)

Dr. Ishratul Ebad didn't just play national anthem on guitar, he showed his love so admirably. I love him for this. #AbKhelKeDikha

Chacha Cricket was also present at the event- and like it or not, so was Mathira.