Under the wing: G-B lawmakers to receive legislative training

8 things you can do now to save money on travel 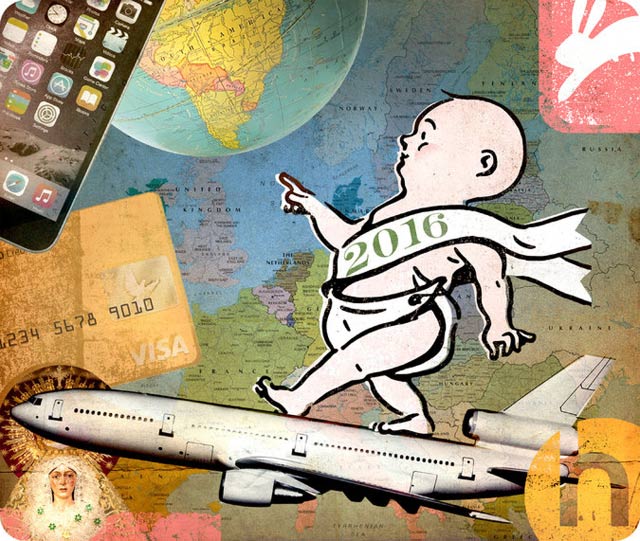 CREATIVE: TIM ROBINSON
Each of the last three Januaries, I’ve compiled tips on how to save money on travel in the year ahead. Much of that advice is still valid today, which is good, since most readers undoubtedly forgot about it by the time they began planning their vacations months later. This year, though, no excuses: Each of the eight items below is something you can do today.


Cross-reference destinations. Make a list of everywhere you might want to go this year. Then run a few tests to rank them by where you might get the most for your money. Start at the site Numbeo (numbeo.com/travel-prices), which ranks countries by cost of living, restaurant costs, and cities by travel cost (and, friendlier to this columnist, “backpacker travel cost”). Then log onto a site like Fareness (fareness.com) to compare how much you might have to pay on the approximate dates you’re planning to go (this will work only up to four months out). Finally, score extra points for the destination where your friends or relatives or friends’ relatives live and might provide money-saving advice, a free meal or even a spare bedroom.

Schedule your airfare purchases. You probably already have a few specific dates you need to be somewhere in 2016 — Thanksgiving at the in-laws, a friend’s wedding and, of course, you’ll be surprising your mom on her birthday. (She paid me to say that.) Tickets through the end of November are already on sale for most airlines, so you could buy them right now and lock in a decent price, a good move for the disorganised. But now might not get you the best price — so mark your calendar with a reminder for the ideal time to buy. To find out when, try Kayak’s Travel Hacker global pages, which will give you the best data-based guess. Also set an airfare alert (on Airfare Watchdog, for example) in case really cheap tickets come up in the meantime.

The Hopper app (or hopper.com/research) offers more granular information. I recently checked on flights from New York to Paris for Memorial Day weekend. Hopper told me they were almost $900 at the time, but might drop as low as $650 between now and April 22, when they are likely to rise again. And the Hopper app will also watch the prices for you. (Note that American Airlines does not share data with Hopper, so you’ll have to check those yourself.)


Airfare purchases postscript. Speaking of not sharing data, you may know that Southwest Airlines flights cannot be booked on any site except the company’s own. But if you’re like me, you forget that every time you book a domestic flight. So join me putting a Post-it on our computers right now to remind ourselves Southwest exists. Other countries have “hidden” airlines as well — Air Panama, for example. You can find lists of all commercial airlines serving most countries on Wikipedia if you want to expand that Post-it.


Unhappy holidays. It’s happened countless times: I buy a plane ticket to a foreign country and then discover I’ve scheduled my trip during a national holiday, or the first week of school vacation or some other time where hotels may be overbooked, local flights pricey, restaurants closed, streets deserted. So take that destination wish list and search online right now for a calendar of national or local holidays as well as major festivals. Otherwise, you might end up like me, in Sumatra during Ramazan or Seoul during the Korean New Year.

Apply for a credit card. I wish airlines and credit card companies would abandon the bloated, convoluted, pro-business, anti-tourist points-and-miles system and plow those resources into lower fees and fares across the board. But that won’t be happening. The easiest way for occasional fliers to get in on the game is to sign up for credit cards that offer a huge bonus and one year without an annual fee. I recently got the Citi AAdvantage card that is currently offering 50,000 miles on American Airlines if you spend $3,000 in the first three months — that’s worth a free trip from Washington to London or from Chicago to Buenos Aires if your dates are flexible. Before that I got 40,000 points from a Capital One Venture Card, which meant $400 back on any travel expenditures. Both waived the annual fee for the first year.


Were these the absolute best cards to get? Probably not. But I’m unwilling to slog through the obsessive blog posts that spell out in detail why one card is slightly better than the other. Instead I took 10 minutes to do some research at creditcards.com/airline-miles.php. And then I programmed a reminder into my phone for 11 months ahead, giving me plenty of time to cancel my card before the first annual fee kicks in.

Crack the codes. Have you ever been ready to type in your credit card number when you spot a “Discount Code” box on the screen, and feel bad because you know there might be a discount code out there? Install the Honey browser extension, which works on several prominent travel sites, like Hotels.com, Priceline.com and Trivago.com (as well as many other non-travel retailers). Once it’s in there, it will alert you to any discount codes as you are making a purchase, and will even test them all automatically with one click.

Pakistani passport still among worst in the world: report

Switch your cellphone plan. If you want to use your cellphone abroad, switch today to TMobile, which offers free text messaging and data (and cheap phone calls) in well over 100 countries, versus Sprint’s 50 or so. Data is slow — 2G or 3G, depending — but it’s enough for email and messaging services and, if you’re patient, Google Maps and social media apps.


It’s not ideal. I’ve used it on five continents, and though it has never failed, it has always exasperated, forcing me to restart my phone or switch airplane mode on and off before it finally latches onto a local carrier. Occasionally I’ve even had to go into my phone’s settings and manually test each individual carrier until I figure out which one works best. (A TMobile technical support person taught me this workaround, so obviously I’m not alone.)

Depledge allegiance. What’s your favorite car rental agency? Wrong! Prices vary so widely and unpredictably across companies, locations and dates that it is insane for occasional travelers to pay extra so they can collect points or save a few minutes or get a free upgrade. Instead, just search your favorite online travel agency and pick the cheapest rate from a company you’ve heard of — including Ace and Fox, which you’ve now officially heard of. Do some companies have nicer cars? It’s possible, but plenty of hotels have nicer beds, and I don’t pay extra to stay in them. And here’s a final thing you can do right now: Find out what your credit card and personal car insurance covers so you can vehemently decline what you don’t need at the checkout counter.

This article originally appeared on the New York Times, a partner of The Express Tribune. 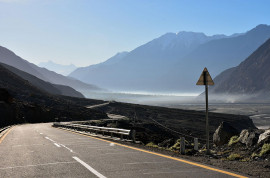 Clearing hindrances: Travel restrictions to be eased on Karakoram Highway 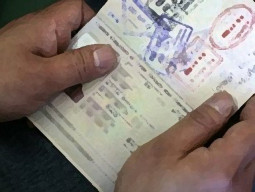 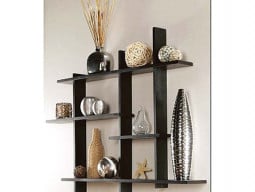 How to give your house a new look on a budget

Ali Hamza | 5 years ago | Reply Why would you publish an NY Times article that has little to no relevance to the Pakistani traveller? Sprint, T Mobile, and AA? Seriously ET?
Replying to X
Saved ! Your comment will be displayed after the approval.
Error !
Error! Invalid Email.