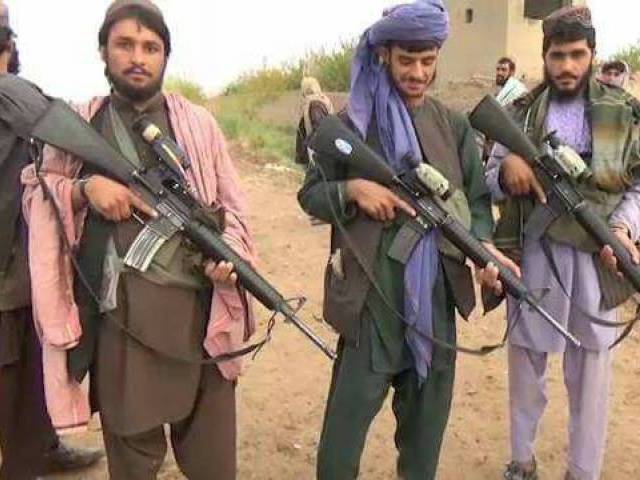 The Afghan Taliban have expelled two senior members of the group’s powerful leadership council, or Rehbari Shura as they call it, for their refusal to accept Mullah Akhtar Mansoor as the successor of Mullah Omar, The Express Tribune has learnt from a top Taliban official.

Mullah Abdul Razzaq and Mullah Hasan Rehmani refused to submit to the leadership of Mullah Mansoor who was elected by a Taliban Shura to succeed Mullah Omar after the news of the elusive leader’s death was confirmed in late July.

Razzaq was the interior minister and Rehmani was governor of Kandahar in the Taliban regime before it was toppled in 2001 by US-led forces. They were part of a three-member delegation that had met the Afghan High Peace Council in the Chinese city of Urumqi last year. They were among the Taliban leaders who had arrived in Islamabad for a second round of talks with Afghan government officials in July which was, however, cancelled over Mullah Omar’s death.

“As Razzaq and Rehmani had refused to declare allegiance to the Amir-ul-Momineen (commander of the faithful), they have been expelled from the leadership council,” a Taliban leader told The Express Tribune. He didn’t wish to be named.

He also disclosed that Mullah Yaqoob, son of Mullah Omar, has been inducted into the new leadership council as the Taliban have almost completed transition. Mullah Omar’s brother, Mullah Abdul Manan, has also been given a position in the political commission, he added. Both Yaqoob and Manan had initially refused to swear allegiance to Mullah Mansoor. However, later they withdrew their opposition to Mullah Mansoor after some religious scholars brokered a deal.

Mullah Mansoor, who is believed to have strengthened his position, has also formed a two-member committee of senior leaders to woo those leaders who are still opposed to his ascendency, the Taliban leader said. The committee comprises Mullah Mutiullah, also known as Mullah Nanai, Noor-ut Turabi, who had served as justice minister in the Taliban regime. Both were among the most trusted lieutenants of Mullah Omar and are widely respected among the Taliban.

The committee is mainly engaged in talks with Mullah Abdul Qayyum Zakir, who was sacked as the head of the Taliban’s powerful military commission in April 2014 over differences with Mullah Mansoor.

Zakir, who is thought to have some support in Helmand province, had supported a recent religious decree that described as ‘un-Islamic’ infighting among the Taliban. The decree was issued after Mullah Mansoor’s supporters had launched attacks on rivals in Zabul and Herat provinces over the past two months. Senior Taliban commander Mansoor Dadullah was among dozens of Taliban opponents killed during infighting.

As the new leader has completed re-organisation of the Taliban movement, at least three non-Pashtoons have been inducted into the leadership council to quash the impression that the Taliban only represent ethnic Pashtoons. Maulvi Abdul Rehman, an ethnic Uzbek, and Sheikh Sharif, an ethnic Tajik, have been inducted into the council. A Turkmen has also been given a berth in the new council.

This is the first time non-Pahstoon have been given a place in the council, according to the Taliban.