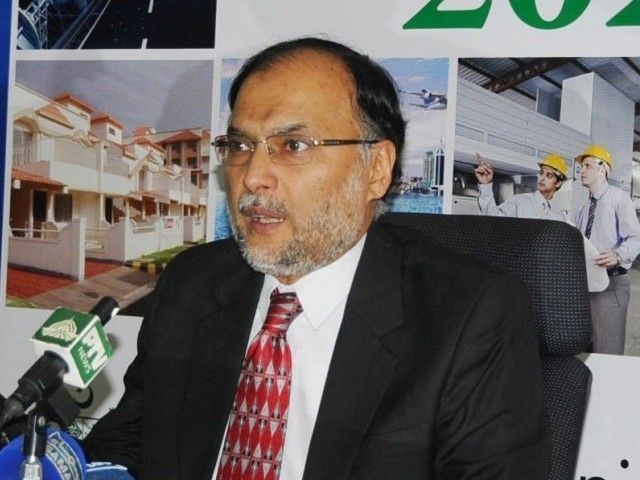 The government has finalised a civil service reforms package that lacks material changes in the present obsolete structure and has also shelved the proposal of establishing the new National Executive Service (NES) following opposition by all-powerful bureaucracy group – the Pakistan Administrative Service.

However, it has included the suggestion of at least 16 years of education for qualifying for the Civil Superior Services (CSS) in the package.

The first generation reforms package has been finalised and will be presented to Prime Minister Nawaz Sharif this month for approval, Planning and Development Minister Ahsan Iqbal said on Thursday.

The main contours of the package suggest it is not in line with the blueprint that Ahsan Iqbal unveiled at Bhurban in September last year. One of the main proposals that the government did not include was establishment of NES at grade-20 to grade-22 aimed at inducting talented people against posts critical in decision-making.

The government also did not include the proposal of reducing hierarchical structure of the bureaucracy in the final package. It dropped the proposal of abolishing the grade-21 post of additional secretary and the grade-19 post of deputy secretary.

“There is no strong opinion to form the National Executive Service and we have not given it the final shape,” said Secretary Establishment Division, Nadeem Hasan Asif.

The planning minister said that the concept of forming the NES was still part of the package but the government has not yet decided to constitute the new service group, as it may result into litigation by other service groups.

Incumbent Member Federal Public Service Commission, Abdul Wajid Rana, had proposed a three-tier NES in 2003 when he was serving with the finance ministry. It was not for the first time that the federal government has shelved the idea of forming the NES. Musharraf’s regime also dropped it due to opposition by various service groups.

Iqbal said the implementation of civil service reforms would start soon after approval of the prime minister. He said the present government was fully committed to carrying out its agenda of reforms to ensure modernisation of public sector and to improve the public delivery system.

Ahsan Iqbal said that first time performance contract of ministries have been devised by virtue of which the selected 11 ministries and divisions would sign with prime minister about their deliverables in one year. These would be translated into their Key Performance Indicators. The Minister announced a Rs1 billion Performance Management fund has been created to award and incentivize those ministries that would perform better in their delivery and achieving the desired results.

Reforming the tools of governance

The government is also setting up an Excellence & Innovation Fund to encourage innovative ideas in governance. Similarly, ten million rupees grants would be extended to those ministries and departments who bring forth innovative ideas to improve governance and public delivery system. Iqbal said that for performance evaluation of civil servants, the present ACR system has become obsolete and a new ACR system is being introduced by evaluating them on the basis of attributes of leadership and soft skills.

He said under the package the Establishment Division would be renamed as Human Resource and Organisational Development Division.

He said that during this year Governance Forum, Governance Expo has also been started that aims to bring opportunity for the ministries and government functionaries to present their achievements directly to the stakeholders.

The Secretary Establishment said that the reform package include cluster-based examination. There is also a proposal to form three new civil service groups on energy, legal affairs and transport & communication.

He said for giving a better pay package to civil servants it is proposed to set up a Pay Commission.