If as much money and time is spent on a girl’s educat­ion as on her marria­ge, many of our proble­ms can be resolv­ed
By Mehvish Muneera Ismail
Published: January 1, 2016
Tweet Email 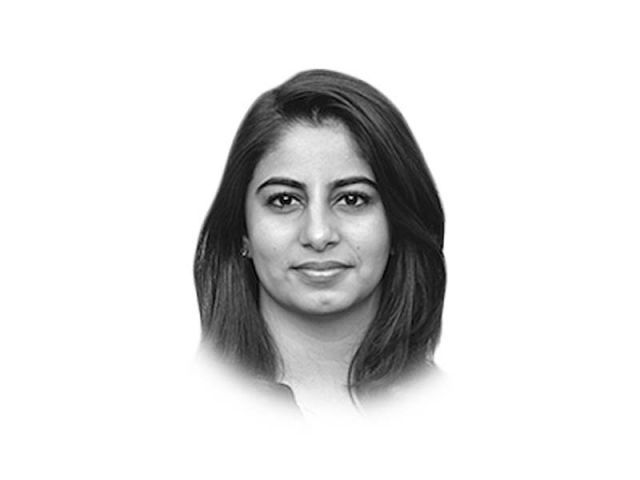 The writer is a lawyer with a post-graduate degree from the University of Cambridge, UK. She is recipient of the Cambridge Commonwealth Trust Award and the Noon Educational Foundation Award. She can be reached @MehvishMI

In Pakistan, most, if not all of us, probably know an underage girl who is married. Whilst more prevalent amongst the less affluent, this phenomenon extends beyond rural areas and poverty. It is present even amongst middle class families, where girls are married off young not because it means one less mouth to feed, but because it is assumed that marriage is the end-all and be-all for girls. Surely all of us have heard the phrases — if not said to us then to someone else — ‘itna parh likh keh larki nay kia karna hai’ (what will a girl do with so much studying), or ‘jitni jaldi baiti apni ghar ki ho jaaye itna behtar’ (the sooner the daughter is in her home, the better). These statements speak volumes of the gender bias prevalent in Pakistan and an awful lot about a significant section of our society that views its girls as brides — child brides.

Seven per cent of Pakistani girls are married off under the age of 15, according to Unicef’s State of the World’s Children Report 2014. Of the cases of child marriage reported in 2012, 43 per cent of child brides were 11 to 15 years of age and 32 per cent from ages six to 10. To put things in perspective, children, approximately six to 10 years of age, are enrolled in classes one to five at school. These are conservative statistics — it is estimated that millions of minors are married off, but monitoring and/or reporting of these cases is abysmally low.

Child brides are more likely to be victims of domestic violence, sexual abuse and psychological trauma. Early and forced marriages lead to early childbearing, which poses severe health risk implications for both the mother and child. It is the leading cause of death for girls aged 15 to 19 in developing countries. The Pakistan Demographic and Health Survey of 2006-07 states in its section on teenage fertility that almost half of the girls of ages 15 to 18 are already pregnant or have a baby to take care of.

It has been over 66 years since Pakistan signed a declaration acknowledging that child marriage is a serious violation of human rights. Yet, statistics from as recent as 2014 indicate that one in three girls in Pakistan is married before her eighteenth birthday. There are a number of reasons behind these appalling statistics. They range from extremely weak legislation, lack of implementation of the laws that do exist, an absence of public awareness of the harmful effects of early marriage, poverty and a common perception that girls are liabilities.

Stopping child marriage is one of the first steps that can lay the foundation for achieving other key Millennium Development Goals. After years of lukewarm and paltry offerings, the government is finally doing something about it. Sindh now has a law that declares marriage before the age of 18 a violation of the rights of children, and carries a punishment of Rs45,000 in fines and up to three years’ imprisonment. The Punjab Assembly has recently approved a bill amending the Child Marriage Restraint Act of 1929, holding not only parents of underage children, but also the cleric who allows such a marriage, liable on criminal charges, including fines and imprisonment. It is crucial that the laws enacted be enforced and one can only hope the other provinces follow suit.

While it is imperative that the government be able to keep up to speed with recent developments in this crucial area, one must keep in mind that the law alone cannot bring about complete societal change. Each of us has a duty to ensure that the general mindset towards acceptance of child marriage changes.

Some of us are in a position of authority, influence or respect in regard to families of potential child brides, and can try and prevent underage marriages, or at the very least, create awareness about the issues surrounding child marriages. For those of us who have office staff and domestic help that we are responsible for, perhaps we can be a source of bringing about gradual, but real change. If we have the money, we should begin charity at home. Perhaps assist the males in our employment to educate the girls in their care. Access to education for girls is necessary if we are to bring about societal and economic change in our country. Instead of thinking of our girls as brides, we need to think of them as future teachers, doctors, engineers, lawyers, inventors and leaders. If as much money and time is spent on a girl’s education as on her marriage, many of our problems as a society can be resolved. We need to create the awareness that women have a role to play in society and need not be financial or social burdens. If we cannot help financially, we can assist in kind by helping impart skills to females, such as those related to sewing, pottery, culinary or beautician courses. If we are unable to contribute in kind, we can at the very least vocally discourage the practice of under-age marriage.

Changing this prevalent mindset is not a small task. Whilst lawmakers do their work, let us lend a hand in attempting to change this bias in our midst. Preventing child marriages in a country where women are considered inferior to men is an uphill task, one that requires nothing less than a collective unified voice.