2015 - Year of triumph against terrorism

2015 - Year of triumph against terrorism 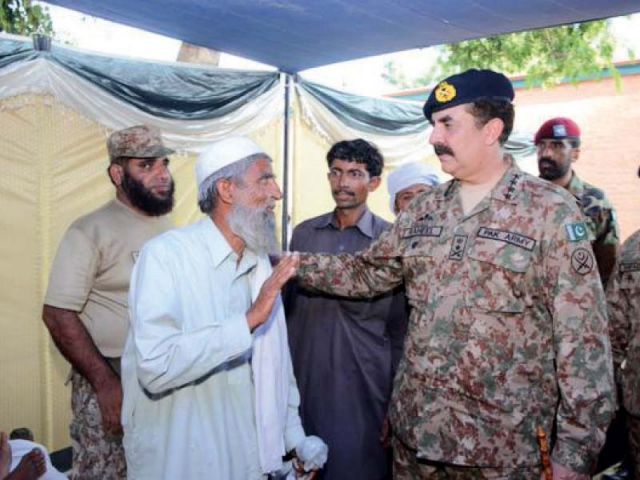 Pakistan has been facing the monster of terrorism head-on for more than a decade. A number of terrorist attacks targeted Pakistani citizens, armed forces personnel and damaged national assets and public property.

The armed forces, however, stood rock-solid against the scourge of terrorism and in June 2014 initiated a full-fledged operation, Zarb-e-Azb, to completely wipe out the menace once and for all. Within a year’s time, the army achieved successes and gains in this war. The year 2015 can certainly be called a year of success in Pakistan’s history.

In North Waziristan, the Pakistan Army is busy in Operation Zarb-e-Azb with firm resolve. At this moment armed action is only being undertaken in areas adjacent to the Pak-Afghan border. Terrorist strongholds like Miranshah, Mirali, Boya, Daigan and Shawal have already fallen to the Pakistan Army, where hideouts, and arms and ammunition stores have been destroyed. It is said more than 3,500 terrorists, including foreigners, have been killed in ground and air assaults.

Ever since the start of Zarb-e-Azb, Chief of Army Staff General Raheel Sharif has frequently visited North Waziristan and forward posts to lift troop morale. So much so, he spent days on Eidul Fitr and Eidul Azha with the troops in Waziristan.

The country has not become completely peaceful, but a comprehensive victory is visible ahead. Such a great triumph is certainly a result of Raheel’s courageous leadership and his key role. He has, no doubt, emerged a clearheaded general, a valorous commander of the armed forces and a professional soldier, who has conducted a highly successful operation, without wasting time, without discrimination and with malice to none.

It is by virtue of this operation that the incidents of terror have decreased. The general infused hope and a sense of nationalism among the people, which resulted in the Joint Services Parade after a hiatus of eight years. Moreover, August 14 and September 6 were celebrated with full participation, renewed spirit and national enthusiasm.

The general not only took timely decisions, but also boosted the morale of the armed forces to new heights. This is the reason the general commands respect.

He is by nature very kind-hearted, and welcoming. He prefers mingling with his jawans. He visited those on the frontlines of Siachen, the Line of Control, Fata and elsewhere, while also braving natural disasters which have devastated parts of country.

A presidential warning: Mamnoon tells terrorists they have no place to hide

By virtue of his bold initiatives and courageous leadership traits, General Raheel is now being recognised as the most popular COAS in the contemporary history.  In a recent survey conducted in Pakistan, 87% of the population reposed fullest confidence in his leadership.

Top polling body still in quest of its domain