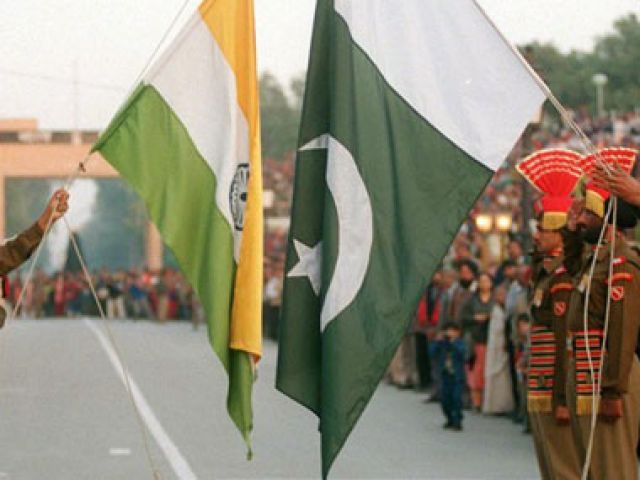 There has never been a dull moment in Pakistan. Who would have thought that after harbouring hostilities for much of the year Indian Prime Minister Narendra Modi would make a surprise stop in Lahore or that there could ever be strains in ties with brotherly Muslim countries in the Gulf?

But such has been the ride for Pakistan on the foreign policy front in 2015.

The biggest highs and lows of 2015 for Pakistan came from the dramatic turnaround in ties with India.

In space of just four weeks, the prime ministers of Pakistan and India met twice—first in Paris and then in Lahore. In between, there were secret talks between the national security advisers and formal talks between the two foreign ministers in Islamabad.

The flurry of meetings helped break the ice that had gathered for much of the year, especially after an attempt to hold bilateral NSA talks collapsed in August so spectacularly.

These meetings eventually led to the resumption of stalled bilateral dialogue to discuss all outstanding issues – Kashmir included. While the year ends on a high, one can’t help but wonder: will this bonhomie created between Modi and Nawaz translate into more meaningful actions on core issues or will this too suffer at the hands of mischief-makers and hawks. The question remains, who has the beef with peace in South Asia?

If China is its all weather friend in the East, surely Gulf countries – Saudi Arabia in particular – are Pakistan’s strongest allies in the West. But 2015 tested the strength of that friendship like never before.

As Saudi Arabia went to war against the Houthi rebels in neighbouring Yemen, it could have been forgiven for thinking that Pakistan would stand in its corner without question. But Islamabad surprised one of its strongest allies in the world by distancing it self from the conflict.

The move drew heavy criticism from Arab states with UAE’s deputy foreign minister lashing out at Pakistan for ‘betraying its allies’.

But by the end of the year it seemed that some amends had been made with Pakistan joining the 34-nation Saudi-led alliance against terrorism.

However, participation has been conditioned on abstaining from any action which would damage its ties with neighboring Iran or further destabilises Syria.

The other half of the balancing act that Pakistan pulled on Yemen was ties with Iran. Islamabad’s decision to stay away from the conflict was firmly with a view on relations with its south west neighbour. And the decision was not remiss with Tehran.

With Iran soon to have sanctions lifted after successful nuclear negotiations with the P5, and ties with Tehran on the up, 2016 promises deliverance of many stalled promises and projects.

For the first time in years, there was a hint of steady growth in Pakistan-US ties in 2015.

With Pakistan making efforts on the reconciliation process in Afghanistan and taking action against militant groups in its tribal belt, it more or less fulfilled two of the biggest demands from US in recent years.

As a result, 2015 saw the fewest drone strikes in the past seven years.

Elsewhere, US approved sales of almost a $1 billion worth of weapons to Pakistan and was trying to have Congress clear a sale of eight F-16s. The CSF funds were also extended in a sign of improving relations.

One US official put this to ‘better understanding’ between the two countries on key issues.

While one may believe India and Afghanistan were the most prominent aspect of Pakistan’s foreign relations, it was in fact China that was central to all of its policy decisions.

The year started off with a bang with Chinese President finally undertaking the visit to Pakistan, which the government claimed had been postponed due to the four-month long protest in Islamabad in 2014.

With Xijinping’s visit came the multi-billion dollar bonanza in the form the China-Pakistan Economic Corridor.

The CPEC transformed the focus of the government on internal projects as it worked into a frenzy over a network of rail and road links which would China’s impoverished western regions with Central Asia through Gwadar deep-sea port.

Don’t be surprised if you see more Chinese arriving in 2016.

One of the key aspects of Pakistan’s foreign policy has been a very delicate balancing act – almost like a ballerina dancing on a string.

This was most apparent in how Islamabad managed to build upon its ties with Moscow while retaining Washington.

The outgoing year saw an upward trend in their relationship and spearheaded by economic choices in the field of armament and energy. Expect more in 2016.