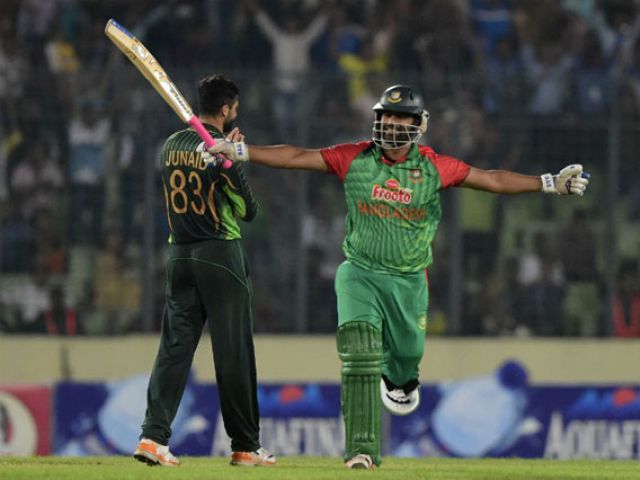 KARACHI: It was a spectacular collapse from Pakistan while playing in Bangladesh in April that saw its people come out roaring in anger, fuelled with passion.

Former captain Imran Khan was one such voice. “Pakistan cricket will not improve as long as there are people in the cricket board who have come through nepotism and without any merit. Sadly the people in our cricket board don’t have any knowledge of cricket,” he lamented.

The promise of playing, and of making decisions, for the nation’s interest had clearly not been fulfilled.

Bangladesh had already made its way in the history books after achieving a first ever ODI series win against Pakistan.

But there was more to chase after against a clearly weakened Pakistan side that was without the services of Misbahul Haq and Shahid Afridi following their retirements.

The Men in Green needed to avoid a whitewash following two straight losses — their seventh spot in the ICC rankings was at stake. And the Champions Trophy qualification. And the hearts of their die-hard fans.

But the Tigers were on the prowl, hungry as ever. Opener Soumya Sarkar struck his maiden century — finishing his innings at 127 off 110 balls — and shared a 145-run opening stand with Tamim Iqbal to reach 251-2 in the 40th over after the side had previously bowled out Pakistan for 250 in 49.

The set platform for Bangladesh’s first ever clean sweep against Pakistan was flooded with confetti and celebratory claps.

On the other side, Pakistan wept along with Azhar Ali, whose maiden ton went in vain and more so, had to suffer his first loss as the newly-appointed captain.

They were now completely shaken. How would they bounce back to qualify for the Champions Trophy after slumping to ninth in the ICC rankings — their lowest spot to date?

How would they redeem themselves after losing to Bangladesh, who have always been the underdogs?

Pakistan cricket in 2015 — hits and misses

They would go on to make amends, but as all low points go, the scar may fade but the memories will remain alive.

And as any captain in his place would say, Azhar praised his opponents and lamented the lack of experience.

“I’d like to congratulate Bangladesh. We played well in patches but we could not put it together. As everybody knows, the senior players have left. The youngsters have to stand up and we have to pull our heads together.”