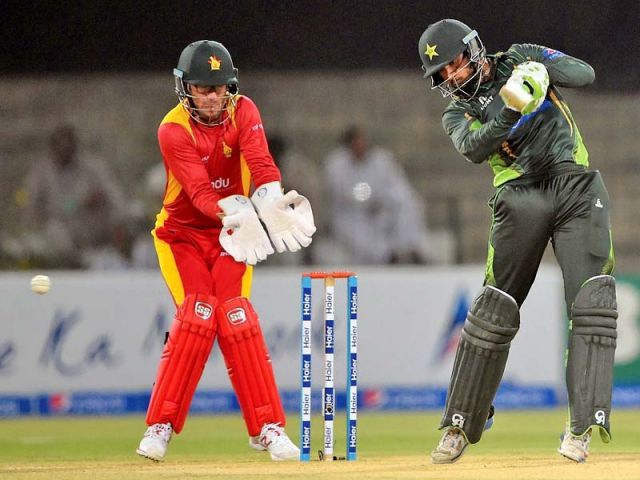 Usually, Zimbabwe touring a fellow cricket-playing nation is hardly a historic matter. In fact, the only kind of history that Zimbabwean cricketers are known for making on their travels is when home teams pummel them to enter the record books. This is why the Chevrons’ tour of Pakistan in the summer of 2015 was unique.

From the moment the Zimbabwe team set foot in Pakistan in the summer of 2015 for two T20Is and three ODIs, history was already made. They had become the first Test-playing team to visit the cricket-deprived Pakistan since March 2009 — when the infamous terrorist attack on the Sri Lankan team took place. After six very long years, international cricket was being played in the Men in Green’s own backyard.

Finally, Pakistan didn’t have to travel to the UAE to play their ‘home’ series. And although all five matches were played at the Gaddafi Stadium at least their agony of entertaining Sharjah’s empty seats was over. All of this was possible because Zimbabwe, unlike others, had braved their fear of playing in Pakistan.

Unfortunately, arriving in Pakistan was the only thing of note the visitors did as results were a familiar, one-sided story. In the first T20I, Zimbabwe failed to contain Pakistan within the 172 runs they had piled up earlier. From a batting point of view, they fared well with six batsmen scoring in double figures and captain Elton Chigumbura top scoring with 54.

With the knowledge that Pakistan are notoriously poor chasers, fans expected a tightly contested affair, but openers Mukhtar Ahmed and Ahmed Shehzad had different ideas. The home team wouldn’t lose their first wicket until 142 of the 172 were already on the board. In the end, Pakistan won by five wickets in the final over.

The second T20I was almost identical to the first as again Zimbabwe made 175 runs. But again, Pakistan’s opening duo provided a solid foundation of 44 runs, which made others’ task easier. Having made 83 in the first game, Mukhtar again top-scored for Pakistan with 62 as the home side tracked down the Zimbabwean total in the final over and took the series 2-0.

The Gaddafi Stadium pitch had so far been a batting paradise and it was no different in the ODI series. In the first game, Pakistan batted first and amassed 375 runs. The bowlers’ nightmare continued in the second innings as Zimbabwe, though falling short, still made a valiant 334. In the follow-up game, Pakistan again chased down Zimbabwe’s 268 with ease while the final game of the tour found no winners due to rain and dust.

With that domineering whitewash, Pakistan proved a point. The only reason a foreign team now has to feel threatened on their tour of Pakistan is because of the home team’s sheer cricketing brilliance and nothing else.