Retire­ment of Genera­l Raheel and appoin­tment of his succes­sor will be one of the most import­ant develo­pments of 2016
By Fahd Husain
Published: December 26, 2015
Tweet Email 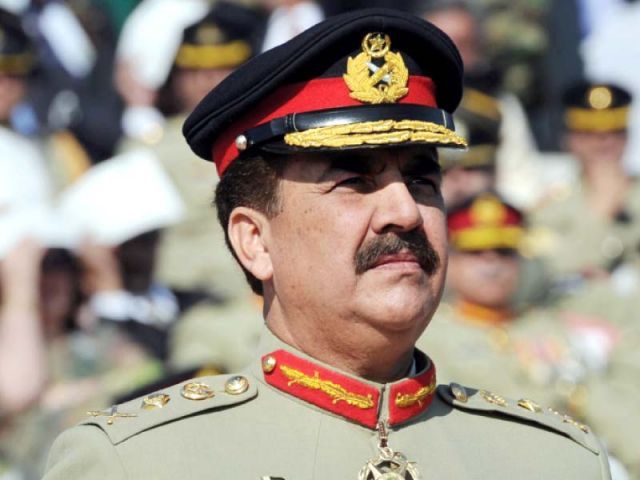 And so it is for us as we bid adieu to this year and ready ourselves to welcome 2016. The best of times and the worst of times seem to be embedded within our fabric as we struggle to battle the demons within. Dickens wrote about the French Revolution — an epochal event triggered by the collision between the forces of change and the forces of continuity — and such is the epic conflict that defines us today.

The year gone by saw this conflict play out on our national canvas in vivid colours. It was a year defined by big personalities grappling with bigger events and even bigger challenges. It was a year of successes marked by a change that promised hope, while shunning dramatic adventurism. After the volatility of 2014 — dharnas, terrorism and the APS tragedy — 2015 ushered in an era of stability and cautious optimism.

As we stand on the cusp of a new year, we can afford a smile. In fact, we deserve one. If there is one trend that stands out in this year, it is a definite sense of direction, perhaps even a purpose, which seems to have shaped itself into a coherent policy. The vacillation over battling the terrorist is over, and this one strategic shift in itself could be the game changer we were looking for. Questions still linger about the consistency and continuity of the policy, yet the clarity of thought and its determined execution is rather unprecedented. No surprise then that this decisive turn in policy has led to a level of morale-boosting among the populace not witnessed in years. It has spawned a belief that we can overcome the most difficult of challenges; that our failures lie not in our lack of capacity but lack of will, and when will is dredged up with an iron resolve, success is guaranteed.

General Raheel Sharif, Chief of the Army Staff, emerged as the clear change-maker on the battle against terror. In one year, he has barrelled through institutional, political and social inertia to declare unequivocal war on those who slaughtered Pakistani men, women and children, while receiving accolades from many amongst us. The general also forced the wavering political leadership to forge a consensus on terrorism and agree on a plan on how to wage this war. The ensuing National Action Plan still suffers from acute weaknesses and shortcomings, but it has led to some dramatic changes in law and policy at the federal and provincial levels. At long last, it does indeed seem we will prevail over this existential threat of terrorism even if it takes a generation to do so. And when our children look back years from now, they will agree it was the year 2015 when Pakistan began to fight back.

The other major trend marking this year was the return to a semblance of political stability, coupled with a broad consensus for governmental continuity. Imran Khan and his party stood chastened after the Judicial Commission report and a series of electoral losses, while Nawaz Sharif and his government struggled to grapple with the sheer magnitude of governance challenges. While the PPP gradually sank into irrelevance, the PML-N and the PTI emerged as the pillars of what increasingly appears to be a two-party system dotted with regional entities.

However by the end of the year, a new reality had begun to sink in: the PML-N had no serious competition. With the local government elections reinforcing the supremacy of the ruling party in Punjab, it looked like Sharifs were coasting to an easy win in 2018, and perhaps even beyond. This may yet hold true. However, the PTI’s convincing victory in Lodhran has come as a welcome respite for those who consider the domination of a single party a bad omen for an emerging democracy.

Yes, there is much to smile about. Indian Premier Narendra Modi’s visit also signifies the net positives we accrued this year. The warm hugs and hand-holding between Sharif and Modi in Lahore promises a level of stability in bilateral ties not seen in years. And for once, all indications suggest the military and civilian leadership is one on India policy.

And so 2016 starts on a high. But it also carries over some unresolved combustible issues that could spell trouble. Here’s what we should be looking out for:

First, the Centre-Sindh row over Rangers’ powers can erupt into a major constitutional crisis. The tussle is getting intense by the day as the military high command watches with growing concern from the sidelines. This matter will probably be the first major political and constitutional challenge of 2016.

Second, the growing strength of the Sharifs in contrast to the troubles of Imran Khan will manifest itself in a certain trend. In the next one year, it will become fairly clear whether Khan still has what it takes to battle the Sharif juggernaut. The year 2016 will provide us a good glimpse of what is in store in 2018.

Third, the retirement of General Raheel Sharif and the appointment of his successor will be one of the most important developments of 2016. The continuity of policy; the aggressiveness in its execution and the delicate balancing of the civil-military equation — all these will hinge on this one change of guard at the General Headquarters.

If 2016 can then build on the successes of 2015, we are looking at a good run for the next few years. Living as we are in the best of times and the worst of times, in the age of wisdom and the age of foolishness, two good solid years in succession will be nothing short of a prayer which has been answered.