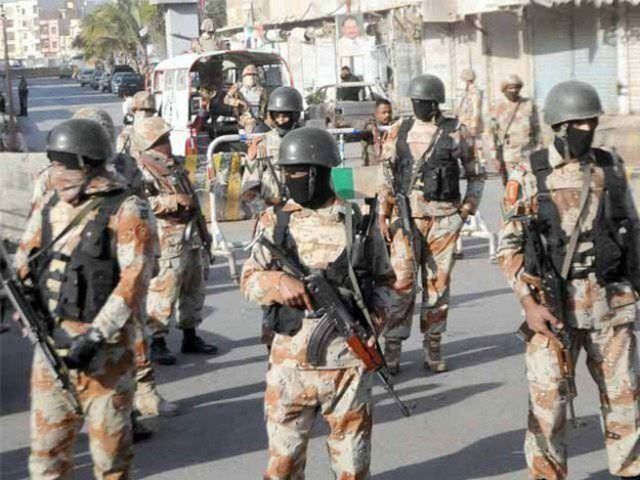 Rejecting Sindh a summary of govt, interior ministry on Wednesday announced to extend powers of the paramilitary force

ISLAMABAD: Just two days after the Sindh cabinet rejected the federal government’s decision to extend the Rangers’ policing powers, the government issued a notification providing legal cover to paramilitary force to exercise policing powers in Karachi for another two months.

Earlier on Wednesday, Sindh cabinet rejected the federal interior ministry’s decision to unilaterally extend Rangers powers after the latter turned down a summary of the provincial government adopted in light of Sindh Assembly’s resolution to limit the force.

The federal government on Friday issued a notification under article 147 of the constitution, providing legal cover to the paramilitary force to exercise policing powers under clause 4 of Anti Terrorism Act 1997.

Sindh Assembly adopted a resolution on December 16 to limit the Rangers’ sphere of action to cases of targeted killing, extortion, kidnapping for ransom and sectarian killing.

The force was restrained from placing in preventive custody any person not directly involved in terrorism, for which it was to seek a written approval from the chief minister.

On Wednesday, however, the Sindh cabinet termed the federal government’s move to extend the Rangers’ powers ‘unconstitutional’. It said the move was aimed at ‘degrading’ the assembly’s resolution and encroaching upon the provincial administration’s powers.