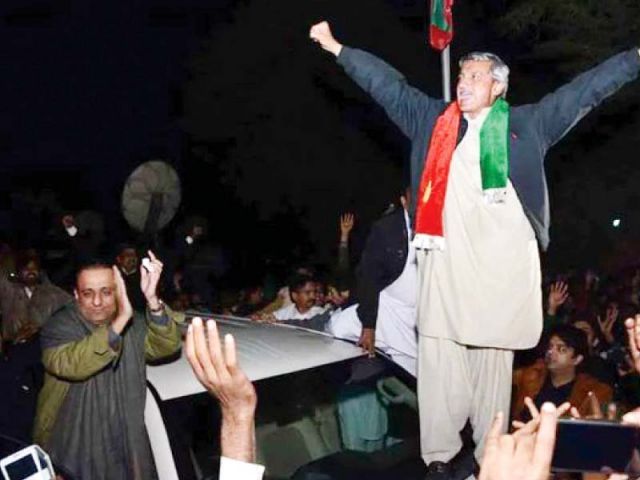 According to unofficial results, Tareen, who is also general secretary of the PTI, bagged 117,053 votes against 73,247 of Baloch which shows the victory margin was 43,806 votes. Unofficially, the turnout was between 55 to 60 per cent.

Interestingly, the PML-N candidate lost the by-election even though Prime Minister Nawaz Sharif visited Lodhran on November 6 and announced a multibillion-rupee development package for the district.

An election tribunal had disqualified Baloch for life on August 26 for holding a forged educational certificate on the plea of Tareen, who was defeated by Baloch in the May 2013 general elections. The tribunal had ordered re-election in the constituency. Later, Baloch approached the Supreme Court, which on October 28 allowed him to contest the by-poll while maintaining the tribunal’s verdict regarding re-election.

Wednesday’s by-election was largely peaceful except for sporadic fistfights and scuffles between PTI and PML-N supporters at a few polling stations. The polling started at 8am and continued uninterruptedly till 5pm. As many as 303 polling stations were set up for 419,182 registered voters of the constituency.

People fed up with PML-N: Imran

Earlier, polling staff and polling material were sent to the polling stations amid tight security. Heavy contingents of police and Pakistan Army were deployed to maintain law and order. The presiding officers had also been vested with the powers of Magistrate Section 30.

According to Multan’s RPO Tariq Masood Yaseen, 3,580 officials of police were deployed on security duties and the arrangement was monitored by fours SPs and 14 DSPs.

Political workers had also established their polling camps and a lot of enthusiasm was seen among the workers of the PML-N and the PTI. While the contest was largely between the two rival parties, there were in all 20 candidates in the run.

Later, the animated workers of the PTI gathered at the Tareen’s farmhouse to celebrate the victory even before arrival of unofficial results from all polling stations.

Speaking at the occasion, Tareen said he had himself collected all the results from the returning officers. “Today’s results confirm that the PML-N had rigged the May 2013 polls,” he said, adding that his victory was the victory of people of Lodhran.