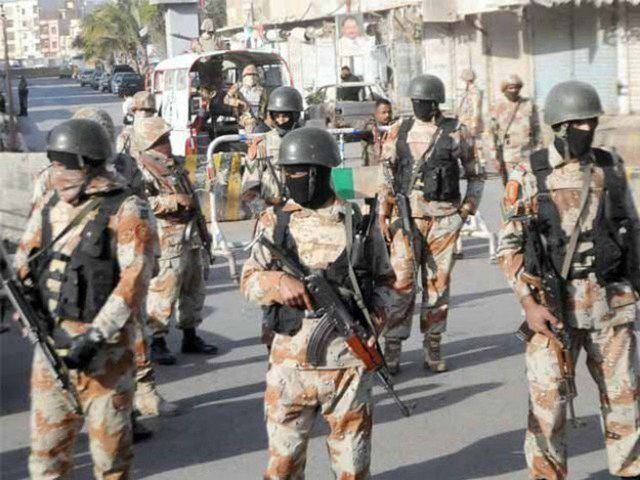 Frustrating the Sindh administration’s attempt to clip the powers of the Rangers, which has been engaged in a targeted operation in Karachi since September 2013, the federal government has granted a 60-day extension to the paramilitary force under a previous arrangement.

Interior Minister Chaudhry Nisar Ali Khan made the decision during an hours-long huddle, following which his interior ministry not only issued a notification of the extension but also sent a letter to the provincial government.

A spokesman for the ministry told The Express Tribune that the letter clearly states “extension in powers YES, but conditions NO”. He clarified that the paramilitary force is operating under the Anti-Terrorism Act (ATA) 1997, which is a federal law, so there can be no changes in the law through a resolution passed by any provincial assembly. “The Rangers will continue to operate under the previous framework.”

The resolution – adopted by the Sindh Assembly with a majority vote on December 16 – states that the paramilitary force would only take action in cases of targeted killing, extortion, kidnapping for ransom and sectarian killing. The Rangers was also barred from placing in preventive custody any person not directly involved in terrorism. To do so, it was required to seek a written approval of the chief minister.

However, the interior ministry has now empowered the Rangers under the ATA 1997 and rejected the Sindh administration’s conditions mentioned in the summary forwarded to the federal government for issuing a relevant notification.

Meanwhile, the Pakistan Peoples Party (PPP), which rules Sindh, condemned the “invasion of Sindh by the federal government” and warned of “consequences for the political stability of the federation”.

PPP Co-chairman Asif Ali Zardari’s spokesman Senator Farhatullah Babar said that by rejecting the constitutional right of Sindh to limit the scope of the Rangers, the federal government had acted in sheer violation of the Constitution.

He quoted the proviso of Article 147 that states: “Provided that the provincial government shall get the functions so entrusted ratified by the provincial assembly within 60 days”.

It is, thus, abundantly clear that the imposition of certain conditions on the authority of the Rangers as well as seeking ratification of those limitations from the provincial assembly is well within the constitutional right of the Sindh government, added Babar.

He said the PPP would fight against ‘this highhandedness’ at all available forums, including parliament, and seek to overturn the decision of the federal government.

On Saturday, Interior Minister Nisar had met Prime Minister Nawaz Sharif on the Rangers’ issue and they had decided against entertaining the Sindh government’s summary.

They also agreed to ask Sindh to send a fresh summary without conditions. They concluded that if the provincial administration refused to budge, the federal government would ask the Rangers to continue its targeted operation under the previous notifications.

The province has been requisitioning the services of the Rangers with special powers from the federal government since 2013. But this time around, the Sindh government amended the summary and sought conditional powers for the paramilitary force.

According to an interior ministry official, during a meeting with legal and administrative officials, Nisar had discussed the option of the federal government directly providing a legal cover to the Rangers to maintain law and order in the city.

Deteriorating law and order, weakening economy and the Supreme Court’s 2011 verdict in the suo motu case on the city’s law and order necessitate the federal government to intervene, the meeting decided.

They said parliament had framed the ATA, adding that federal laws do not require any directions from provincial governments for implementation. These laws do not need any provincial resolutions or the CM’s executive order for curtailing them or for minimising their scope, the meeting added.

The top court’s 2011 ruling stated that the federal government was legally bound to address the city’s poor security situation, especially when human lives and the economy were threatened. The meeting decided in accordance with the SC’s decision and the Constitution that the federal government was duty-bound to protect the provinces from aggression and internal disturbances.

The Centre believes if the Rangers’ issue were to cause a legal battle, the apex court would rule in favour of the federal government in the light of Karachi’s unsatisfactory law and order situation and the overwhelming demand of the city’s traders to allow the Rangers to continue their operation with special policing powers.