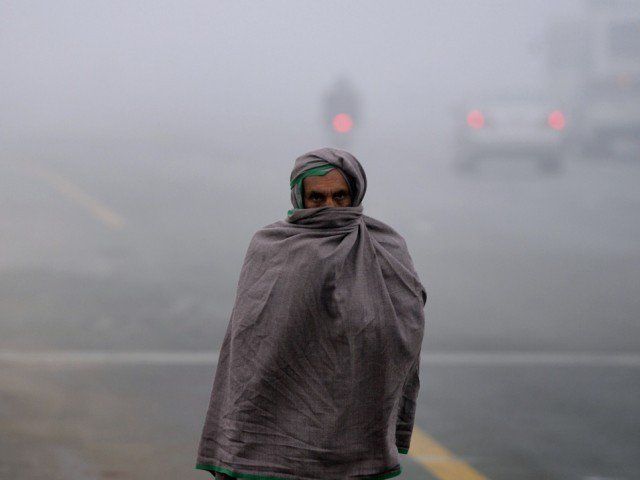 An official at the Pakistan Meteorological Department office said the predictions indicated a wave of dry weather in Khyber-Pakhtunkhwa while the northern areas of the province will be gripped by a severe chill over the next 24 hours. Heavy rain is expected by December 26.

The official added not much snowfall is expected. “The last snowfall was reported in northern parts of the province on December 9 and 10,” he said. “However, in some areas, the temperature has fallen below freezing.”

The official said cold and dry weather is expected in most parts of the country. Rain along with snow is expected in Malakand Division and Gilgit-Baltistan. The official added foggy conditions are likely to prevail in Peshawar, Nowshera and Charsadda.

According to the official, the lowest temperatures recorded were -4 degrees centigrade in Chitral, -10 in Astore, -8 in both Skardu (G-B) and Kalam, -4 in Malam Jabba and -5 in Upper Dir. Zero degrees was recorded in Lower Dir and Balakot. In Peshawar, the maximum temperature was 18 degrees centigrade while the minimum was -2 degrees. “However, in some parts of the district, the temperatures have fallen further,” he said.

Speaking to The Express Tribune, Met office director Mushtaq Ahmad Khan said, “Such an abrupt drop in the temperature suggests an erratic weather pattern has returned.” He said, “El Nino has altered weather conditions. The temperatures can go below freezing point at night.”He added, “This is not the first time it will go beyond -1 degree in the city. It has happened before. However, its recurrence shows the change in weather pattern has returned.”

According to Met office director, experts believe this time the changes will be more severe and have lasting effects.

Irshad Ali, deputy director of the climate change cell at University of Agriculture, told The Express Tribune, the hydrological cycle has affected the weather pattern.

“The concept of four seasons in Pakistan has also been disturbed,” said Ali. “Global warming has affected the length of each season.”

According to Ali, heavy rain will result in an abrupt change in the weather later.“January is expected to be colder than usual,” he added.

No emergency has been declared across the province. Government officials have said they are trying their best to accommodate people in areas where the level of snowfall was dense. According to experts, people living in mountainous areas must take necessary precautions.

With increased precipitation levels and weather anomalies, K-P has been bearing the brunt of climate change. At least three districts of the province have witnessed severe weather patterns. The province has already faced losses worth billions of rupees due to erratic weather conditions. In 2013, the Siberian anticyclone had resulted in heavy snowfall in Miranshah. According to officials, a similar pattern might be repeated.