The toll of childhood trauma

The toll of childhood trauma

How negati­ve experi­ences can affect childr­en advers­ely and what we can do about it
By Zohaib Amjad / Creative: Hira Fareed
Published: December 20, 2015
Tweet Email 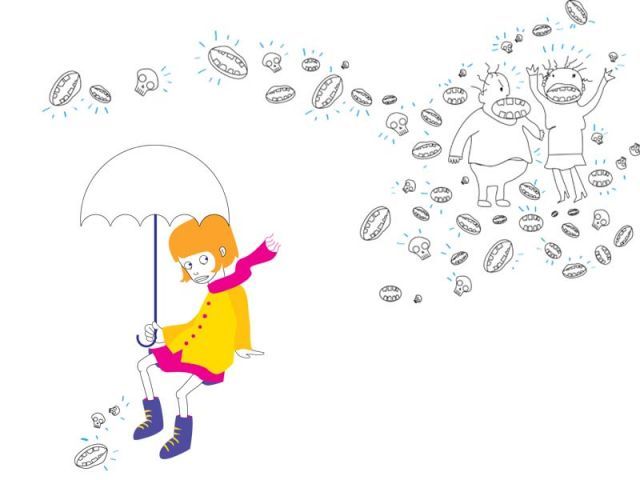 All through this year, Pakistani media has been rife with incriminating news regarding the treatment of children within the country. The grim memories of the attack on Army Public School (APS) in Peshawar last year had barely settled when the stories of child abuse in Kasur flared up. Over 400 videos of nearly 280 children being forced into pornography surfaced. Considering this, it is hardly suprising that Pakistan has witnessed an increase of nearly 17% in the number of childhood trauma cases recorded over the last decade, as claimed by experts from the Essentials of Child and Adolescent Psychiatrists Practice in Peshawar. These, coupled with crippling poverty and other related social issues, make it necessary for us to incorporate childhood trauma counselling services into our curriculums and healthcare.

Dr Amanat Mohsin, a psychiatrist at the Gulshan Psychiatric Hospital in Karachi explains why providing timely trauma care is of utmost importance, especially for children. “Young minds are particularly sensitive to the environment around them which affects their development in the long run,” he explains. “Children’s minds are continuously growing along with their bodies, with connections between the different regions in the brain evolving.” These connections heighten the senses, rendering children more receptive to the environment. Hence, all kinds of frightening images, loud noises and fast or violent movements can affect them adversely and overwhelming incidents can rekindle nightmares and fears. As children are yet to be able to distinguish between cause and effect, they begin to believe what they feel or think is reality. “Traumatic events can make any individual feel harrowed and threatened on both, a physical and psychological level. This makes it hard for them to move through life,” states Saba Shabbir Sheikh, a consultant clinical psychologist at the Hameed Latif Hospital in Lahore. “Some experience life-changing events once in their lives or more than once. It could be a car accident, the sudden death of a  loved one, a broken family, medical illnesses, natural disasters or simply neglect from someone they love.”

The effect is only aggravated in the case of repetitive exposure to the traumatic event, such as one would assume happened in the Kasur scandal. Saba explains that the encounters serve as ‘re-experiences’ wherein images, thoughts and flashbacks occur in a child’s mind and naturally, upset them. Scientifically speaking, these are called ‘triggers’ which perpetrate feelings of anger, frustration, depression and anxiety. At times, one might even feel a certain hollowness in their chest without really becoming aware of its underlying reason — an example of repressed memories. “This feeling of hollowness runs the risk of translating into severe mental disorders like Post-Traumatic Stress Disorder (PTSD), personality issues, depression and even suicidal tendencies,” says Ayesha Fakhar, a legal psychologist at the Research Society of International Law Pakistan. “Often, children grow up to develope a reliance on short-cut routes to relieve their feelings, with substance abuse leading the way.”

In fact, research proves that children who undergo traumatic experiences have compromised functioning in the frontal cortex of the brain —  the region responsible for thinking, awareness, language and memory. Another part that is vulnerable to stress is the limbic system which processes emotions and impulses. Exposure to traumatic activity actually over-activates the system, making the individual suspect a threat when there may be no such thing.

Ultimately, these mental handicaps culminate in an inability for children to control their feelings and emotions as they grow older. Thus, providing them with sound medical assistance at the right time is imperative. Lack of focus and control can become a hindrance in their daily lives, steering them from studies and impacting their social relationships, amongst other things. Because of these factors, they might receive fewer opportunities in life and so, begin to feel isolated or inferior to others. “To put it simply, trauma-bearing children are more likely to distrust others and hold a negative set of beliefs,” explains Ayesha. “The child’s capacity to sustain significant attachments will become hampered this way. There is also a possibility of them passing it on to their own offspring via genes.”

Of course, some children are better at coping with or adapting to different situations than others, but those who are not tend to get sucked into a vortex of negativity and lose direction. Irsa Usman, a behavioural therapist at the Institute of Behavioural Psychology, presents an interesting take on the matter. “As trauma can mean different things to different people, their experiences are different and their outlook is very different too.” This is indicative of the wide scope the concept encompasses.

Based on each child’s respective needs, experts prescribe one of two main treatment options to help them come to terms with their trauma. There is, unfortunately, no set time period for the recovery but both options have proved successful in most cases. These include:

This is an intervention-based technique designed to transform negative thoughts into positive ones. “The counselor changes the perceptions of the patient overall, particularly how they feel about the incident that caused them so much anguish in the first place,” explains Irsa. CBT incorporates other therapeutic practices like exposure therapy and relaxation therapy where the patient is made to recall their trauma in a controlled, meditative manner. At times, narrative writing is also used to help the patient express themselves.

The main aim of EMDR is to alter the images, sounds and thoughts a child is hit with when they are reminded of their traumatic experiences.

“Along with these methods, support from family and friends is crucial for the child and helps prevent a relapse,” adds Irsa. Hence, parents are often counselled along with the child so that they may learn how to speak and deal with the youngster correctly.

Pakistan and its understanding of the matter

To make trauma counselling accessible to minors across the world, perhaps the ideal place to start from would be their schools and education institutions. The idea has been pitched during a seminar held at Ibadat Hospital in Nishtarabad in the wake of the APS attack but is yet to be implemented, seeing how Pakistan just has a handful of trained therapists to offer. According to Sarah Ahmed, an English teacher at the Beacon Light Academy in Karachi, the problem is by and large left in the hands of regular teachers such as herself. “If any student is having to cope with the loss of a loved one, for example, we encourage them to speak up and address their grievances,” shares Sarah. “We also ask the senior students and class monitors to give them extra care. However, we are not familiar with the practice of proper trauma counselling at all.”

Arguably, the reason for this ineptitude could be how mental health is perceived within Pakistan on the whole. It is unfortunate that consulting a psychologist for any reason is still assumed to be something out of the ordinary and for ‘crazy’ people. Children are still discouraged from pursuing a career in the field of psychology as it is deemed unlucrative by their parents. Child psychology remains particularly unsaturated, comprising just 0.01% of 4,000 Pakistani psychologists, as indicated by the Journal of the College of Physicians and Surgeons. Due to these dire circumstances, professionals from all over the world had to be flown in to help children who survived the attack last December. It was only afterwards that the government of KPK promised to introduce a child trauma centre as part of the Psychiatric Department in Lady Reading Hospital Peshawar.

In an ideal world, there would be no children experiencing trauma at all, since potentially detrimental incidents would be prevented. Unfortunately, the times we live in are far from ideal and people will be faced with things they are not equipped to handle emotionally. But we can always try! To prevent permanent damage, we must do away with our preconceived notions of psychology and safeguard the emotional and cognitive health of our children. Only then can we identify, address and cure their suffering completely.

How to identify a child suffering from trauma?

Identifying a child suffering from PTSD can be tricky as in most cases, the symptoms persist long after the trauma has occured. However, according to the ‘Diagnostic and Statistic Manual of Mental Disorders’, the following changes in behaviour can help one recognise it:

1. Re-experiencing the trauma through intrusive distressing recollections of the event, flashbacks, and nightmares

2. Avoidance of places, people, and activities that hold reminders of the experience and emotional numbness

3. A child may no longer trust parents or guardians. He or she may also have a negative self-attitude and perception of being a potential victim to something that may happen in the future

4. Struggling to get grades at school or socialising with people

5. Increased arousal, such as difficulty sleeping and concentrating, feeling jumpy and being easily irritated and angered.

Zohaib Amjad is a scientist with majors in molecular pathology. He tweets @infectiousuni

The Art of the Scarf