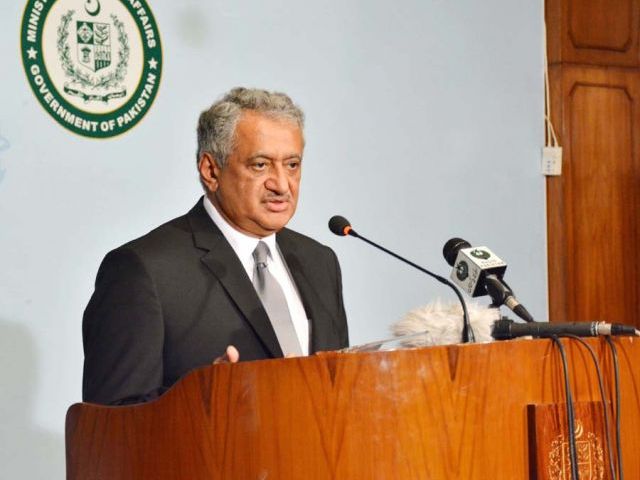 ISLAMABAD: The foreign office has welcomed formation of the new Saudi-led military alliance against terrorism but said it was awaiting further details to decide the extent of its participation in the coalition.

Saudi Arabia on Tuesday announced the 34-nation military alliance of Islamic countries against terrorism. The list of countries, included Pakistan, according to the Saudi state news agency.

However, a statement issued on Wednesday suggested Pakistan was yet to take a final decision.

“Pakistan has consistently supported all regional and international efforts to combat militancy, extremism and terrorism and, to this end, has extended its full support and cooperation to international community,” reads the statement.

“Pakistan welcomes the formation of the 34-nation alliance to counter terrorism, and is awaiting further details to decide the extent of its participation in different activities of the alliance.”

The foreign office spokesperson said it would be recalled the 42nd meeting of the Council of Foreign Ministers of the Organisation of Islamic Cooperation (OIC) held in Kuwait this year had reiterated its commitment to relevant UN and OIC resolutions on combating terrorism and extremism.

“Pakistan and Saudi Arabia enjoy close, cordial, and brotherly relations. Both countries condemn terrorism and cooperate in the efforts to eliminate this menace,” the spokesperson said.

Speaking on condition of anonymity, a government official said while Pakistan in principle had decided to support the new Saudi alliance, its participation would be limited to sharing expertise and other assistance.

The official ruled out the possibility of deployment of Pakistani troops on foreign soil under the new Saudi alliance.