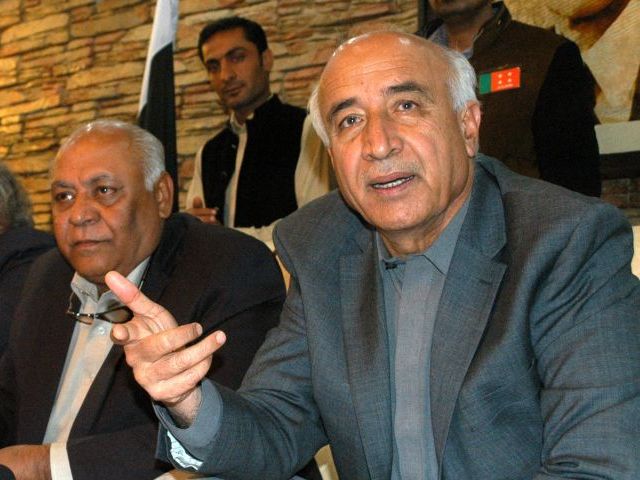 Dr Abdul Malik Baloch pledged to support the new provincial chief minister as he formally resigned from the office on Saturday in line with the Murree agreement between his National Party (NP), the Pashtoonkhwa Milli Awami Party (PkMAP) and the Pakistan Muslim League-Nawaz (PML-N).

Prime Minister Nawaz Sharif had named Sanaullah Zehri, the head of the PML-N Balochistan chapter, as Dr Baloch’s successor earlier this week after the accord, which was signed by the three parties on June 4, 2013, expired on December 4.

Speaking at a news conference in Islamabad alongside his fellow National Party compatriot Senator Hasil Bizenjo, said he had done his utmost for the betterment of Balochistan residents during his tenure as chief minister.

“I tried my best to promote meritocracy and take action against corruption,” he said. “There are no corruption charges against my government and I am leaving it with clean hands.”

He pointed towards bringing estranged Baloch leaders to the negotiation table as one of the significant achievements of his government and called upon his successor to ensure the peace process moves forward.

The outgoing chief minister said he will now play his role as a political worker of NP for the betterment of the people of Balochistan. Speaking at the news conference, Senator Bizenjo admitted that the NP government in Balochistan had been unable to resolve the issue of missing persons.

“We have to admit our failure. We ruled the province for over two years and could not address the missing persons’ issue,” he said.

Bizenjo added, however, that NP was leaving the provincial government with ‘dignity’.

“The people are happy with the performance of Dr Malik and want him to continue… [but] we, as per the Murree accord, are morally bound to leave the office of chief minister.”

The senator thanked PML-N for inviting his party to make the coalition government in the province despite the latter not securing the majority.