There was no immedi­ate claim of respon­sibili­ty
By Mohammad Zafar
Published: December 12, 2015
Tweet Email 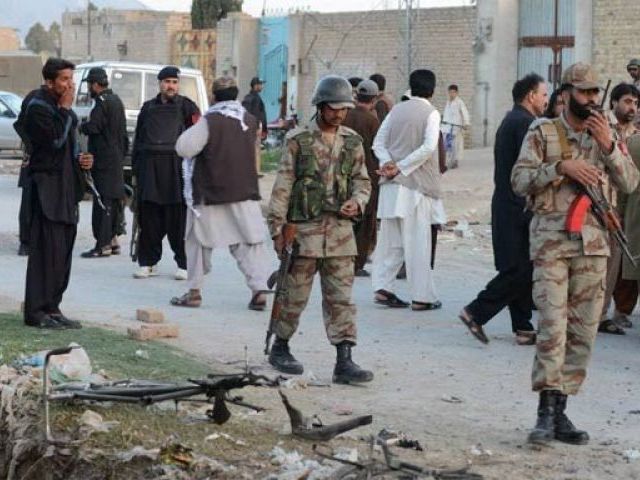 QUETTA: A Frontier Corps officer was killed while three others along with a minor received injuries when a bomb exploded near security check post at Quetta’s Joint Road on Saturday.

According to reports, the incident triggered a wave of panic across the city as the explosion was heard many miles away.

The injured were shifted to the Civil Hospital Quetta for immediate treatment.

Further, investigation is underway as there was no immediate claim of responsibility and the reason for the attack remains unknown.

On October 22, a suicide bomber targeted a mosque in Quetta, killing 10 people, including six children.

In the wake of rising targeted killing in Quetta, the government has launched a crackdown against terrorists and their facilitators.

Security forces intensified their efforts to purge the provincial capital of terrorists after a countrywide campaign against them under the banner of the National Action Plan.