Of directives and commands: Sherpao urges authorities to expedite work on small dams

Of directives and commands: Sherpao urges authorities to expedite work on small dams

Underg­round water reserv­oirs to be introd­uced in K-P
By Our Correspondent
Published: December 8, 2015
Tweet Email 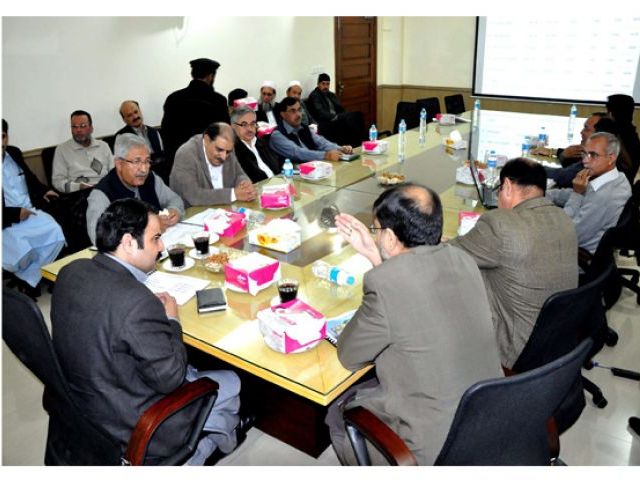 PESHAWAR: Senior Minister for Irrigation Sikandar Hayat Khan Sherpao directed authorities to expedite the pace of work on the construction of small dams in the province. According to a handout issued on Monday, Sherpao said this at a briefing on the progress of work done on small dams so far. His aim was to get the dams completed within the stipulated period to uplift socio-economic conditions and make the province agriculturally self-sufficient.

Sherpao said since public money was being spent on the construction of small dams, no delay in completion could be tolerated. “All issues hindering the timely completion of small dams should be taken up with the relevant quarters at the earliest so schemes can swiftly materialise and benefit people,” the handout quoted him as saying.

Sherpao was also told the new concept of constructing underground water reservoirs was being introduced in K-P – first of its kind.

The innovative scheme would be completed at a very low cost and would cater to water needs of the people for drinking as well as irrigational purposes.