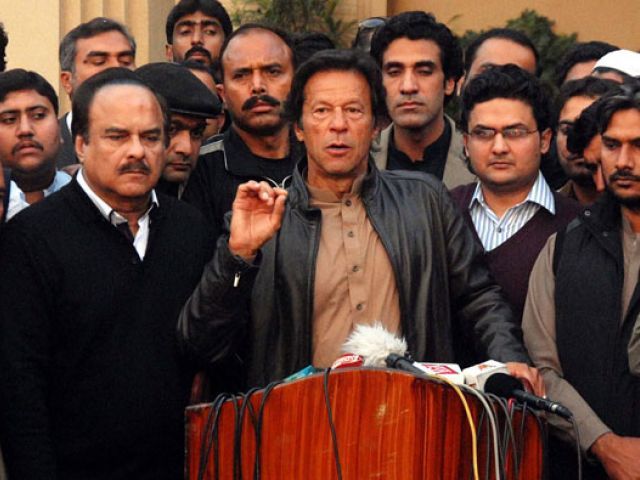 ISLAMABAD: Blaming the Election Commission of Pakistan (ECP) for the wrongdoing, Pakistan Tehreek-e-Insaf (PTI) chairman Imran Khan has alleged that the recently held local government (LG) polls were worse than 2013 general elections in terms of rigging.

“All political parties are vocal that state machinery was used for pre-poll rigging in the elections in Punjab, rural Sindh and Karachi,” he said, while talking to media after a party meeting in Islamabad.

Imran said his party will establish contact with all parties, which fought against status quo, and then take relevant action.

While admitting the PTI was not as active as it should have been at the grass-root level, and that several loopholes were exposed during polls, the PTI chief announced to conduct intra-party elections.

“As soon as a seven-member committee to oversee the process is formed, all party positions will stand dissolved followed by a two-month membership campaign. After the conclusion of the campaign, elections will take place,” he said.

Through these elections, we will work to rectify our mistakes, he added.

“I want the PTI to work as an institution even when I am not in this world, which is not the case with other parties.”

Imran reiterated his party was against the status quo, and will continue to work towards ending it.

Taxes on import of luxury items not to affect common man: Dar