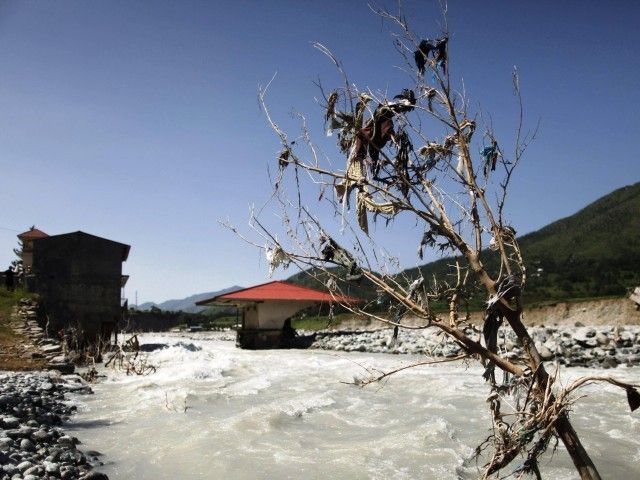 Addressing a seminar on climate change organised by Focus Humanitarian Assistance Pakistan at a local hotel on Thursday, they said the frequency and intensity of disasters had increased manifolds making mountain communities vulnerable.

Recurrent floods owing to the increase in rain or glacial lake outburst flood (GLOF) in the upper Indus basin have impacted the vulnerable communities in terms of losses to human lives, erosion of arable land and infrastructure pushing them below the poverty line.

“Climate change is considered to be one of the biggest development challenges as the world is facing food insecurity due to water scarcity with depletion of natural resources,” World Meteorological Organisation’s Vice-President Dr Qamaruz Zaman Choudhry said.

He emphasised on focusing on climate change adaptation and mitigation particularly in the mountain region, most vulnerable to climate change.

Focus Executive Officer Nusrat Nasab said Pakistan was among the top ten vulnerable countries, exposed to disasters due to lack of collective efforts.

He said that while China-Pakistan Economic Corridor (CPEC) offers opportunities for Gilgit-Baltistan, it also poses threats to local culture, environment and infrastructure.

Abbasi said the many fruit trees including apricots were not getting required heights due to climate change impacts.

Muhammad Faqir, another community volunteer from Gojal in upper Hunza, said that owing to global warming growth rate of crops and trees has increased significantly in G-B.

Climate change ministry’s former head of Clean Development Mechanism (CDM) project Syed Amjad Hussain emphasised the need for tapping global resources. He said that Pakistan was eligible to benefit from the CDM fund and National Appropriate Mitigation Actions (NAMAs) to access the international resources to offset climate change impacts and resources for interventions in hydropower and green sector for GB and Chitral.

From Germany to Layyah: Pakistani completes 10,000km journey on bicycle