Divorced and widowed Saudi women to get greater legal powers

Divorced and widowed Saudi women to get greater legal powers

The step will lift some of the legal powers men hold over female relati­ves in Saudi Arabia­
By Reuters
Published: December 2, 2015
Tweet Email 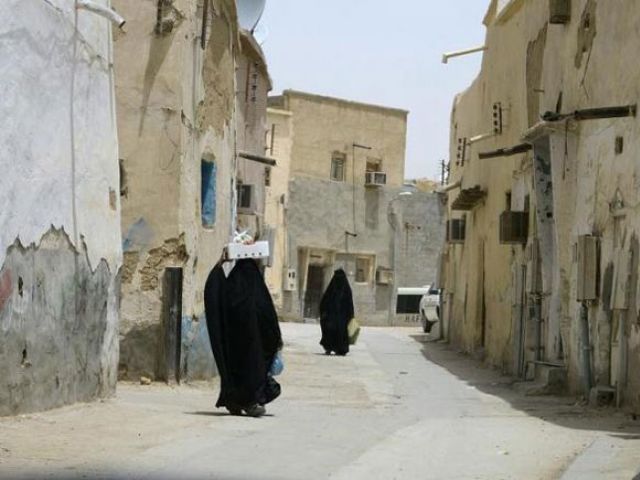 Veiled women carry vegetables as they walk along a street at the neighbourhood of Shmeisy in Riyadh April 22, 2013. PHOTO: REUTERS

RIYADH: Saudi Arabia will let divorced women and widows manage family affairs without approval from a man or a court order, a state-aligned newspaper said on Wednesday, a major step to lift some of the legal powers men hold over female relatives.

Under the late King Abdullah, the autocratic Islamic kingdom made some reforms to give women more rights, but these remain severely restricted. Efforts to emancipate women are held back by a powerful clergy and an ultra-conservative society.

The Al Riyadh newspaper said the Interior Ministry will issue family identity cards not only to men, but also to divorcees and widows, granting them powers that will include accessing records, registering children for schools and authorising medical procedures.

The newspaper did not give a date for the move.

In a country where men hold legal powers over female relatives in almost all their interactions with the state, the change will significantly change the lives of divorced or widowed women, particularly for those bringing up children alone.

Until now, women had to get permission from a divorced husband, and apply to courts if that failed, to perform any of these basic activities. Family status cases account for 65 percent of all those before courts, clogging up an already stretched judicial system, Al Riyadh reported.

Small steps for women’s rights and democracy in Saudi poll

Saudi Arabia is the only country where women are barred from driving, and in which they are the legal wards of a male “guardian”, usually a father, husband or brother, who is empowered to make big life decisions for them.

“If you asked me which was more important, this or driving, I would tell you a hundred times this. It gives Saudi women the right to identify herself as head of the family, to put her children through school, get them married,” said Salwa al-Hazza, a member of the Shura Council, an appointed body that advises the government on policy.

King Abdullah appointed 30 women to the 150-member Shura Council in 2013, prompting the body to discuss extending the family identity card to women, a debate that prompted the Interior Ministry’s decision, said Hazza.

Next week, women will participate in an election, for relatively powerless local councils, as both candidates and voters, for the first time.

No changes have yet been proposed for male guardianship of female relatives beyond Wednesday’s reported plans for widows and divorced women.

Kerry urges NATO to ‘step up’ IS fight, praises Britain