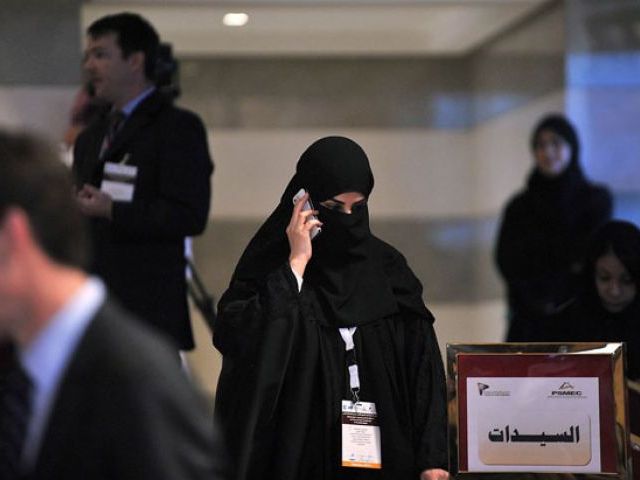 RIYADH: Saudi women running for public office next month for the first time ever begin campaigning Sunday in another step forward for women’s rights in the conservative kingdom’s slow democratic process.

Around 900 women are standing in the December 12 municipal elections, which will also be the first time females have been allowed to participate in choosing officials.

“This is one of the first steps for women’s rights, a big step for us,” said Sahar Hassan Nasief, an activist in the Red Sea city of Jeddah who has many friends running for office.

The election will be the third municipal ballot for men, who previously voted in 2005 and 2011.

The absolute monarchy, which applies a strict interpretation of Islam, has no female cabinet ministers and is the only country in the world where women are not allowed to drive.

Women must cover themselves in black from head-to-toe in public, and require permission from a man in their families to travel, work or marry.

Restrictions remain in place despite a slow expansion of women’s rights under the late king Abdullah, who introduced the elections in 2005 and said women would participate this time around.

In 2013, he named women to the appointed Shura Council, which advises the cabinet.

Abdullah died in January and was succeeded by King Salman, who has stuck to the election timetable.

In other Gulf states, women have had voting rights for several years.

Data cited by the Saudi electoral commission show a total of about 7,000 people vying for seats on the 284 councils.

Saudi Arabia set to behead 50 terrorism convicts in one go

Aside from transport problems, women say their voter registration was hindered by bureaucratic obstacles and a lack of awareness of the process and its significance.

There is also disappointment at the performance of the local councils and their limited powers restricted to streets, gardens and garbage.

Although the voting age has been lowered to 18 from 21 and the proportion of elected council members has increased to two-thirds, winning a seat remains a challenge for women in electorates where male voters vastly outnumber them.

“It’s very, very difficult for us to win and to target our voters,” said Nassima al-Sadah, a candidate in the Gulf coast city of Qatif.

From Sunday, she plans a social media onslaught supported by traditional banners and brochures.

But none of them are allowed to carry her picture – a restriction that also applies to male candidates.

Later in the week Sadah, 42, will begin town hall meetings in a direct pitch to voters. Because of the kingdom’s strict separation of sexes – which applies to election facilities as elsewhere like restaurants – women will gather one day and men the next.

Electoral democracy is still a novel concept in a country where tribal loyalties remain strong and things traditionally get done through “wasta” — knowing the right people.

Some say it’s time for a new approach.

“We strive for development and real change, free from tribal or family biases,” said Saud al-Shammry, 43, of Riyadh.

He says “there’s a big possibility” he could vote for a woman, if her platform is convincing.

“We will hold accountable those we elect,” Shammry said.

Belgian scheme tries to nip radicalisation in the bud