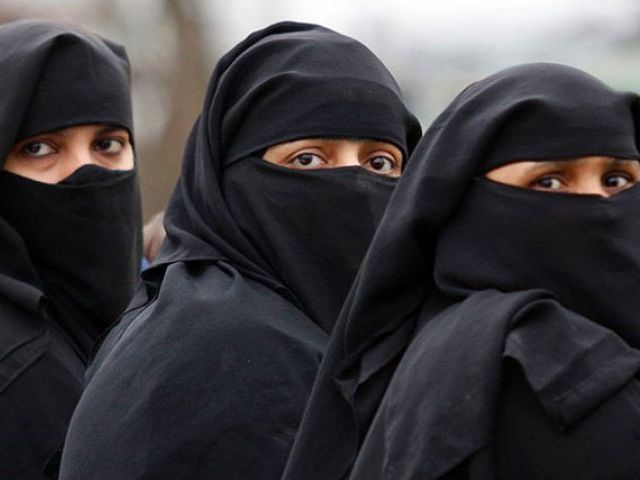 Around 900 female candidates are standing in next month's municipal election. PHOTO: REUTERS

RIYADH: Segregated from male voters and unable to drive themselves to hustings, Saudi women begin their first-ever election campaign on Sunday, a tentative step towards better representation in the male-dominated kingdom.

Around 900 female candidates are standing in next month’s municipal election, a poll that also offers a chance for female voters to elect their officials for the first time.

“If we want to develop or reform our country we should put a woman in every decision-making level,” says Nassima al-Sadah, a candidate in the Gulf coast city of Qatif for the December 12 vote.

Women register to run for election in Saudi first

Saudi Arabia, an Islamic absolute monarchy, has no female cabinet ministers and is the only country in the world where women are not allowed to drive.

They have to cover themselves in black from head-to-toe in public, and require permission from a man in their families to travel, work or marry.

Restrictions remain in place despite a slow expansion of women’s rights under the late king Abdullah, who introduced municipal elections in 2005 and said women would participate this time around.

In 2013 he named women to the appointed Shura Council which advises the cabinet.

Abdullah died in January and was succeeded by King Salman, who has stuck to the election timetable.

Unlike other Gulf states, where women have had voting rights for several years, this will be the first time Saudi women have had a say in who gains office.

While al-Sadah expressed satisfaction at the number of female candidates, she said “very few” women have registered to vote.

Data cited by the Saudi electoral commission show about 7,000 candidates are vying for seats on the 284 councils.

According to the intekhab.gov.sa elections website, just 130,600 women have signed up to vote, compared to around 10 times that number of male voters.

Electoral democracy is still a novel concept in a country where tribal loyalties remain strong and things traditionally get done through “wasta” — knowing the right people.

Aside from transport problems, women say their voter registration was hindered by bureaucratic obstacles and a lack of awareness of the process and its significance.

“I myself had a very difficult time to register”, said Sahar Hassan Nasief, an activist in the Red Sea city of Jeddah who has many friends running as candidates.

“This is one of the first steps for women’s rights, a big step for us,” said the retired university teacher. “Even my mum who’s 95… she too went to register.”

There is also disappointment at the performance of the local councils and their limited powers restricted to streets, gardens and garbage.

“I took part in the last round and didn’t see any benefit or results,” said Sultan al-Obthani, 35, of Riyadh, who will not vote this time.

Although the voting age has been lowered to 18 from 21 and the proportion of elected council members has increased to two-thirds, winning a seat remains a challenge for women in electorates where male voters vastly outnumber females.

“I cannot predict my chances of winning but I am doing my best,” says Safinaz Abu-Alshamat, 33, who plans to campaign through social media in her Mecca district.

In al-Sadah’s Qatif electorate there are only 2,000 registered female votes, meaning she will have to woo the 48,000 men in order to stand a chance.

“It’s very, very difficult for us to win and to target our voters,” she says.

“Frankly, I think it will be a huge positive surprise if we get any women elected,” said one Western diplomat.

Traditional banners and brochures will help, but none of them are allowed to carry her picture — a restriction that also applies to male candidates.

Later next week al-Sadah, 42, will begin town hall meetings in a direct pitch to voters. But because of the kingdom’s strict separation of sexes — which applies to election facilities as elsewhere like restaurants — women will gather one day and men the next.

Her male spokesperson will address the men.

Khalid al-Dakhil, an independent political analyst, said he would “of course” consider voting for a woman in the ballot which “should be the first step along the road to democracy.”

Elections for the Shura Council would be the next logical step, he said.

Despite the obstacles, al-Sadah is confident there will be at least one woman elected next month.

She says her record of community service and activism has built enough trust among men and women to propel her to victory.

“They believe in me,” she said.