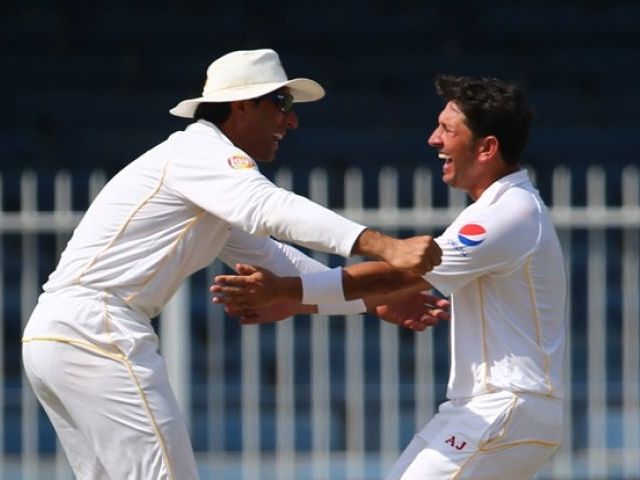 After a phenomenal year in the longest format of the game, three Pakistanis were included on Wednesday in International Cricket Council’s Test playing XI, alongside some of the modern day greats.

Leg-spinner Yasir Shah, right-hand batsman Younus Khan and wicketkeeper-batsman Sarfarz Ahmed represent Pakistan in the Test team of the year. However, no Pakistani player has been included in the ODI team of the year.

Yasir picked 61 wickets in 10 matches, with an average of 24.81, and is now ranked second in the ICC Test bowler’s rankings.

Younus recently became the leading run-scorer in Tests for Pakistan, and also became the first Pakistani to score more than 9,000 Test runs. He scored 1,204 runs in that period, with an impressive average of 80.26, which included six tons and a half-century.

Sarfraz had a more than remarkable 12-month period, where he scored 669 runs in 10 matches, at an average of 83.62, including two centuries and three fifties.