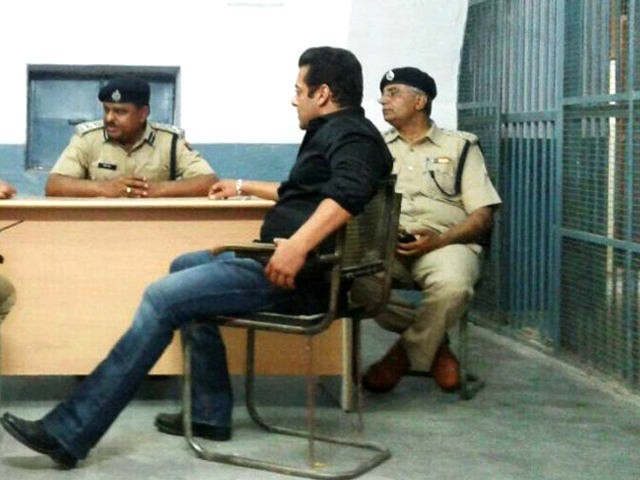 Khan will probably bring to bear all his influence – monetary and coercive – to alter the investigation and ensure his appeal gets him a “not guilty” verdict. PHOTO: ANI 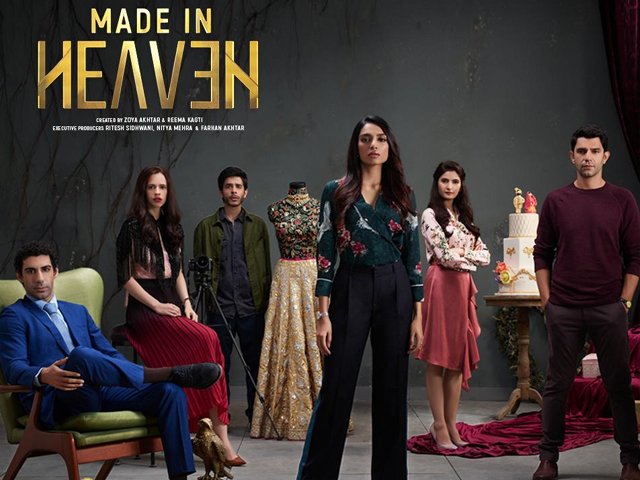 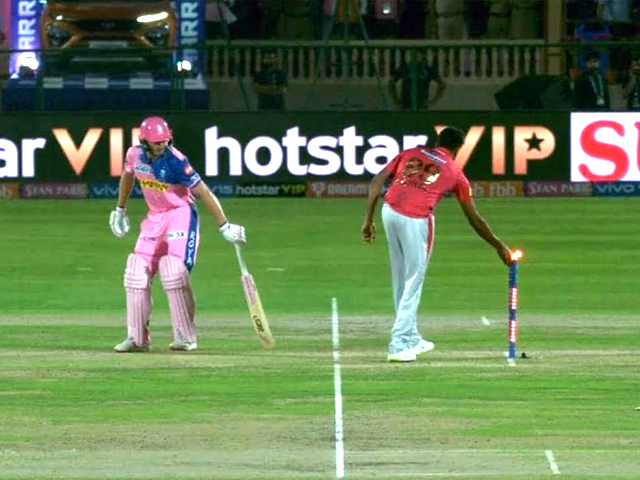 Out of jail yet again – Is serial offender Salman Khan above the law?

Salman Khan will probably use all his influence to alter the investigation and ensure he gets a “not guilty”...
Amit Nangia April 07, 2018
There is no doubt Bollywood superstar Salman Khan has a larger than life persona. Very few people in India are ambivalent about him. They either love, adore, and worship him, or they absolutely detest him.

Like every other individual, he is complex and probably has multiple facets to his character. The grapevine is filled with stories of his viciousness and callousness, but at the same time, tales of his generosity and large-heartedness have acquired an almost legendary status.

All we can do is pray for @BeingSalmanKhan and wish best for him... The man's known for his generosity nothing shld happen to him.
It's simply wrong for him to suffer for something that has not even been done by him. #WeSupportSalmanKhan#IStandWithSalmanKhan pic.twitter.com/5zQshkmjxf

What doesn’t break you will only make you stronger. I haven’t seen a more stronger and so humble person than @BeingSalmanKhan 🌟

Interestingly, all of these aspects are incidental to his acting prowess, which ideally ought to be the most significant yardstick for him, given his profession. In reality, Khan simply plays himself in every movie, and seems to make virtually no effort to create layered and contrasting characters, much unlike his peers.

But the fact remains that his movies sell, and they sell well. He has legions of followers who watch his mediocre fare with great relish, just because of his presence. The finer aspects of the craft of filmmaking, such as the story and the performance, are irrelevant to them.

For this extremely large and vocal group of people, he can do no wrong.

Box office success notwithstanding, Khan has had a notorious run over the last two decades. He has rightly been called controversy’s child. In addition to numerous incidents of insensitivity, arrogance and retribution for personal grudges, which one might overlook, he stands accused of several serious offences.

There have been allegations of domestic abuse, which should be viewed as an extremely serious offence, and deserves tough punishment. Unfortunately, society in India allows its male idols to get away quite easily with chauvinism. Ironically, Khan’s female fans – a group who should be outraged by such behaviour – either blame the victims of his abuse, or simply reject the allegations.

He’s not a criminal. Yes, I stand with a very good human being @BeingSalmanKhan ! I don’t care what people say. Period! https://t.co/ORcd76dnoM

Then there are the hit-and-run charges for which Khan even got convicted in court, only for the conviction to be overturned on appeal. Through all of this, there has been intimidation of witnesses and potential influencing of the outcome of the investigation. Yet Khan, the Teflon coated superstar, has simply gone about his merry ways.

Undoubtedly, Khan has worked quite hard to ‘change’ his image, including starting his charity, Being Human. However, behind his charity and generosity, there is the undeniable edge of notoriety. After all, he has boasted of his underworld connections in the past. Furthermore, the frequency with which he courts trouble in itself indicates a propensity for flouting the rules.

Quite clearly, the law in India has seemed to be unwilling to hold him accountable.

Until now, when out of the blue came his conviction in a 20-year-old poaching case, and Khan found himself in jail, yet again.

His fans have gone crazy, to put it mildly. The entire Bollywood fraternity has once again closed ranks around him, deeming the punishment too harsh. Others cannot get over the fact that hundreds of crores are riding on Khan and his various projects and endorsement deals.

The law takes its course. Can’t argue it. But at this point in time I just feel helpless and my heart goes out to @BeingSalmanKhan and his family. Reason, cause the last thing @BeingSalmanKhan is, is a criminal.I feel this is too harsh. I do hope he gets the relief he deserves.

I respect the law but must confess the verdict saddens me. My heart goes out to @BeingSalmanKhan & his family members. 5 yrs is too harsh! I hope they review the decision, in lieu of his great humanitarian work & grant him bail tom 🙏#WeSupportSalmanKhan #BlackbuckPoachingCase

However, none of these arguments should matter to the law. If he’s been found guilty of a crime, then he must do the time.

Nevertheless, justice in India works in funny ways. For one, after spending two days in jail, he has been granted bail. He was sure to appeal his conviction, and the court has likely granted him bail while his appeal is under consideration.

Now, Khan will probably bring to bear all his influence – monetary and coercive – to alter the investigation and ensure his appeal gets him a “not guilty” verdict. There are numerous precedents to suggest this is a very likely outcome.

If this scenario were to indeed unfold, it would be a terrible travesty of justice. Khan getting away scot-free would encourage millions of impressionable young men to continue to imitate his cavalier behaviour and further diminish the fear of the law. Safe to say, this the last thing India needs.

It is important for the courts to stand by this conviction, even in the face of all the pressure that is likely to be put on them. Arguments like financial losses for many producers and threats of suicide by Khan’s demented fans needs to be dealt with in a firm manner. If the Padmaavat controversy has taught India anything, it is that we should not be held hostage to public sentiment, especially when it comes to upholding the law.

A good example is how Sanjay Dutt’s case was handled. He was given time to complete all his pending projects, but then had to serve out his sentence. This is how this case must be approached as well.

It has taken 20 years for the case to reach this stage, and it should not be allowed to meander on for another 20.

For the sake of those whom Khan has tormented, hurt, harmed, or eliminated, let’s hope justice prevails, even if belatedly. A serial offender must be reminded he is not above the law, and he can’t wantonly bulldoze his way past those who get in his way.

On a brighter note, maybe, if Khan ends up actually doing his time, he will display some maturity in his acting and make better movies.

Now that’s a win-win for everyone! 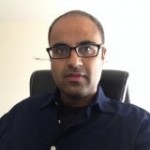 Sane sid | 2 years ago | Reply | Recommend Relax Guys...... he is sentenced to jail and has applied for bail like any other citizen..... he might still go to jail someday...... the game is not over yet. india has a very strong Judicial structure in place.
Israr Khan | 2 years ago | Reply | Recommend killing a black buck is a crime? whats the punishment for it ? a bounty right so charge him ... where are black bucks and how many are killed every year? what is india doing about killing cows and selling their meat in international market hahahhaha its a funny country
VIEW MORE COMMENTS
Mosharraf Karim | 2 years ago | Reply | Recommend Salman Khan is a big criminal. He abuse his stardom fame. He got away with the hit and run case also for not having gun licence with which he shot the black bucks. People say that he does charity work but if you think about it he only started his charity foundation being human in 1997. He started the charity to only get a way with the murder of those people on the hit and run case he was drunk even the police witness saw him. If he really was that kind why did not he start his charity before those cases. It is not that he is a teenage person. He is 52 Year Old. The Indian Court system is bad. He might get away with murder.
Rahul | 2 years ago | Reply | Recommend I am not a Salman Khan fan but I have this to say. How many people has India convicted of poaching Black Bucks? I don't have the answer but I would not be surprised if it is nil. So why go after poor Salman? There are other ways this can be handled including fines and community service. Singapore canes its citizens for minor offences and it seems to work. Indian justice needs to think out of the box. Also, there needs to be a statute of limitations that fit the crime.
nighig | 2 years ago As an Indian I hope you know that killing protected animal is a very serious crime in India. Many people have gone to jail for killing rhinos, tiger and even deers. Some poacher have been even killed by the bullets of forest guard. So Slaman's case in not without precedent. It only because he is a popular person, the incident became so notorious.
Syed | 2 years ago | Reply | Recommend We r beating the bush in dark but controversial allegation of killing an animal 20 yrs ago does not hold any substance.It's beyond comprehension.
Raj Rao | 2 years ago I agree 20 years is too much. But, all government effort to put time limit for jail proceedings have been spoiled by the lawyers association protests. But, even in the olden days, if a known personality does bad thing, he will get bigger punishment than the normal person. Blackbuck is protected by the endangered species law, so law has to be implemented, otherwise normal people will lose trust on law. When he killed daily wage workers sleeping on the pavements, he fixed driver for this, though it was known to everyone that driver was not in the car that day.
sac_nair | 2 years ago | Reply | Recommend Salman is a good human. He has erred, but he has done penance for it. He has helped many deserving people. By putting him behind bars black buck population will not increase, rather fine him and take the money for conservation measures of endangered species. Good for the species and good for Salman. Its a win win situation.
Raj Rao | 2 years ago Once you reach some level in life, you want to have name in the society and people's good will. Also, NGO is the common method used by rich to save the tax, income is shown as donation to the NGO.
gameplanner | 2 years ago Pablo Escobar and Dawood Ibrahim helped more people than Salman Khan.So what ?
Utsav Sharma | 2 years ago he is a criminal
Replying to X
Saved ! Your comment will be displayed after the approval.
Error !
Error! Invalid Email.