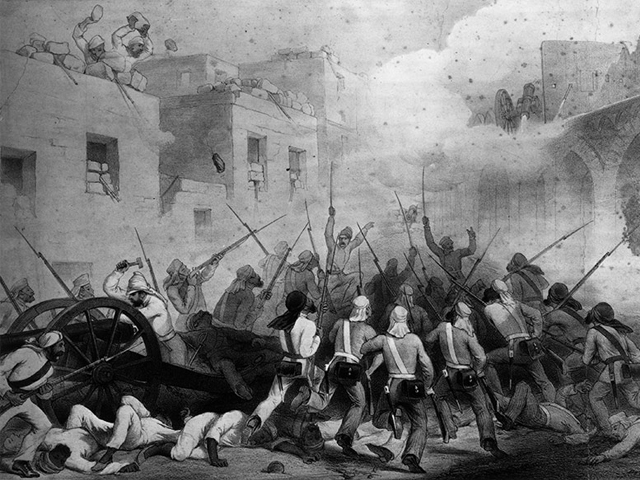 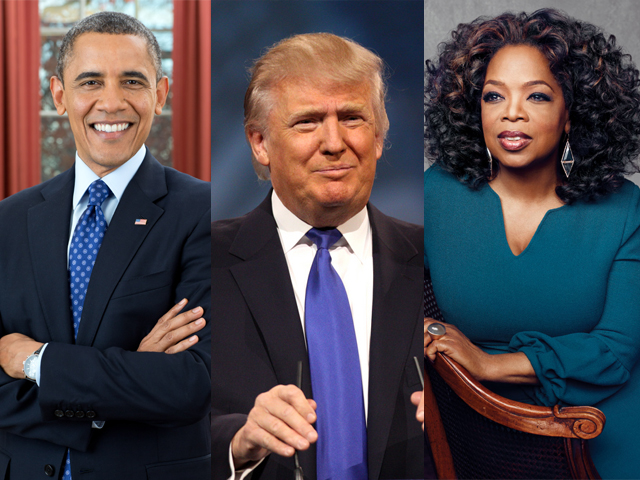 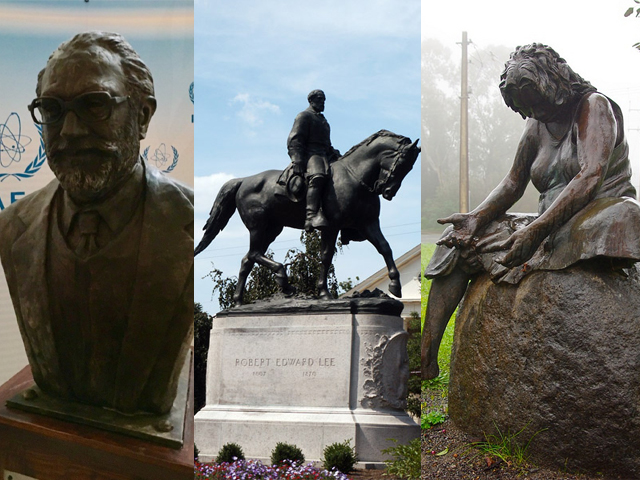 When public monuments sprinkle salt on another community’s wounds

Why quality war movies are not Bollywood and Lollywood’s forte

Their natural resource of war history provides the raw material needed for quality movies but remains underexploited.
Azam Gill February 02, 2018
South Asia’s film industries have failed to produce a war film of international impact that would contribute to the myths indispensable to a culture’s self-image and provide a viable soft power platform. Films narrowly focused on jingoism and self-righteousness only preach to the choir. They quickly degenerate into self-indulgence.

The paucity of South Asian war films and their quality leaves much to be desired. Whining about Hollywood cultural assaults discounts the entertainment quality of its movies and the innumerable, politically anti-American, Hollywood war-movie fans worldwide.

The Naked and the Dead, The Great Escape, From Here to Eternity, Platoon, Full Metal Jacket, Saving Private Ryan, Heartbreak Ridge, The Thin Red Line, Pearl Harbor, Men of Honor, The Dirty Dozen, Rambo, Inglorious Basterds and, many other heroic Hollywood movies have had world-wide impact, confirmed by box-office figures. Simply put, the movies are very well made and jingoism is subtly woven into the fabric without overpowering its entertainment value. For example, Harvey Weinstein’s Seal Team Six was labeled “a political stunt” by Michael Cieply and Brian Stelter in The New York Times, October 23, 2012. Along with Zero Dark Thirty, both films are generally considered to have been “enablers” for Barrack Obama. Yet, they were financially successful and internationally popular.

South Asia, as one of the world’s oldest civilisations, has had more than its share of wars – from pre-Vedic to present times. Retrievable heroes of all hues, patiently wait to make a competent movie-maker’s dream come true. South Asia’s handful of war movies have failed to attract non-partisan audiences. Their vast natural resource of war history provides the raw material needed for quality movies but remains underexploited.

The handful of war movies suffer from four major weaknesses.

Firstly, the choices of roles and actors in the movies is inappropriate. Hollywood’s war heroes usually represent the rank and file of an army – hard-bitten sergeants and warrant officers with hearts of gold. The message is light-handedly embedded in the action, carried by the quality of the entertainment and, as such, is effective.

The heroes of Pakistani war movies look like middle-class boys on a biryani overdose. In Bollywood’s LOC, Om Puri’s acting is great, but as the only prominent JCO (Junior Commissioned Officer) in the movie, he comes across as a thick, yes-sir subordinate – a cheap shot.

Secondly, despite the availability of perhaps a few hundred thousand ex-soldiers – all potential advisors and ‘stunt-artists’ –technical errors and sloganeering contaminate the art of filmmaking. In an acclaimed Pakistani war movie, commandos give naara-e-takbeer (slogan of God) battle cries before infiltrating. In another one, just before sky-diving, the commander leads battle cries with the aircraft door open. When in reality, once the aircraft door is open it is so noisy that even the jumpmaster has to use hand signals!

In actuality, there is an unexploited talent pool within Pakistan. Army units celebrate several national and regimental days, marked by March Pasts, sports competitions, a communal meal called a bardha khaana, and skits presented by the unit’s ‘Drama Party’ – raw materials waiting to be put to use. They could provide supporting cast and technical advisors for the movies, even if they stop short of ‘hero’ material.

Thirdly, the protagonists’ moral and patriotic discourses are ill-timed and misplaced, with little or no reach beyond a domestic audience. They sound like bigoted schoolmasters under the tutelage of a mean-eyed headmaster.

Lastly, the economic aspect of failing to exploit a renewable gold mine is surprising. Wars there are, and wars there will be. They are ugly, dehumanising events, the scars of which have to be courageously borne. Yet, human endeavor, courage and loyalty can only be retrieved from tragic, high-stress situations, which is one way of describing a war. John Steinbeck was only able to retrieve greatness from the 1930s Depression Era dust-bowl catastrophe of the United States’ Great Plains area. His novel, The Grapes of Wrath (1939), drew attention to a human calamity and led to his Nobel Prize for Literature in 1962.

South Asia is uniquely placed to produce universally appealing war movies. Nearly four million South Asian warriors fought in the two world wars to uphold western democracy. Their battle records and gallantry medals, already the stuff of myth and legend, languishes at the door of South Asia’s film production studios. Retrieving the exploits of these sons of mothers and brothers of sisters is not just respect and social service. Using the full potential of cinema, it is big business with guaranteed success.

Myths precede art, language and writing by millennia. They preserve heroism, and moral values, and embody core truths, the reality of which need not be physical. They demystify cultural episodes, identify a people and provide them with role models.

Storytellers and writers created myths, now succeeded by cinema which, in South Asia, is not a British handout. In 1896, the French Lumière brothers, inventors of cinema, chose Mumbai as the venue for their representative’s demonstration, leading to South Asia’s first (short) film, The Wrestlers in 1899.

During World War II, Hollywood produced superior and more effective movies than the hyperbolic heavy masala churned out by Goebbels’ boys in Hitler’s Germany. During the Cold War, Hollywood heroes were even popular in the Soviet Union. That speaks for the professionalism of their production and high entertainment value.

Pakistani cinema, also known as Lollywood, needs to step up and produce war movies that captures the attention of audiences worldwide, preferably before Bollywood does. We have to make use of the resources (and the history) that we have been given; if anything, it can only help Pakistani cinema flourish. 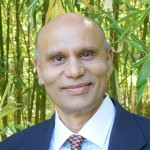 WRITTEN BY:
Azam Gill The author is a novelist, analyst and retired Lecturer from Toulouse University. He served in the French Foreign Legion, French Navy and the Punjab Regiment. He has authored nine books. He blogs at https://writegill.com/
The views expressed by the writer and the reader comments do not necassarily reflect the views and policies of the Express Tribune.

abhi | 2 years ago | Reply | Recommend You have missed two best Hollywood war movies from the list. Hotshots part one and two are best war movies.
Patwari | 2 years ago | Reply | Recommend If you missed Pork Chop Hill, Bridges at Toko Ri, Platoon, Patton, Bridge on the River Kwai, then you missed a lot. These are the movies that includes great performances from iconec actors. like George C. Scott. Gregory Peck William Holden, Willem Dafoe, Tom Berenger, Alec Guinness, Jack Hawkins. Some of them long dead and gone. May they rest in peace. Plus there is the mother of all war movies :- D Day. [with a sterling international cast, starting with John Wayne] Inglorious Basterds? That's not a war movie. It's a satire, or call it 'Django Unchained' in uniform. Might be a good idea to stay with Montgomery, Horrocks, Marshal Petain, General Bilotte, Vichy Government, Gamelin, DeGaulle, Maginot Line, Casablanca and the Punjab Regiment.
numbersnumbers | 2 years ago Mr. Roberts, Letters from Iwo Jima, They were expendable, Band of Brothers (mini series), Downfall, the Battle of Britain, Hunt for Red October, Apocalypse Now, Das Boot.
VIEW MORE COMMENTS
DR Changez Khan | 2 years ago | Reply | Recommend Why use the word south Asia? Did you see border or gadar ek prem katha?
wb | 2 years ago You are talking about two of the worst movies of all times?!! Gadar is not even a war movie. It's just another mindless, garbage, action movie by the Dharmendra clan.
Patwari | 2 years ago | Reply | Recommend Why should Bollywood or the Land of the Pure make war movies? They happen to live in one. A perpetual state of war, a third rate war reality show, on a daily basis, for the last 70 years. With regular artillery duels along the border. Sabre rattling. Hurling nuclear threats. Promising to annihilate each other, etc. etc. In Pakland you can step out of your abode and before you reach the bus stop you could be blown to smithereens. In Hinduland you could be hung from a lamp post if your lunch box has a suspected sandwich that was even near a cow. Then there are the live daily Bharati Occupied Kashmir episodes. Where you can see defenseless citizens blinded by pellet guns, men strapped to the radiators of army jeeps. Little boys, girls, mothers, brutalized by fully armed Indian Army soldiers. And on it goes. So who needs war movies in the sub continent? They live in one!
Syed Fa | 2 years ago Your argument doesn't make any sense...so one should not make movies on sports, love, relationships, comedy etc..since these are the things of our daily lives? Also only fraction of population are the direct victims of wars...a person living in Karachi, Lahore, Islamabad, Mumbai, Delhi can't relate to the lives of people living in war zones, so how are you going to inform, educated and engage the rest of the population and show the atrocities and the carnage that war typically entails especially in nowadays conventional and unconventional wars?
wb | 2 years ago | Reply | Recommend You're including Rambo and Pearl Harbor in quality war movies? Clearly, you do not know the meaning of the word QUALITY or WAR DRAMA. And not including Jarhead and The Battle of Algiers in the great war dramas also exposes you as biased of the popular hollywood media who doesn't know anything about the real quality films of the world. Let alone be an expert. Now, coming to the point, why war dramas? South Asia hasn't produced a decent international quality DRAMA film since Salam Bombay!!! All your Dangals, Bols are puppies in front of Salam Bombay. This is because, we South Asians are close to 2 billion people. I'm excluding Srilankans here. Because, they at least know to control their population, if not make quality films!!!
Sane sid | 2 years ago When it comes to movie comparison ..people want to pool up as South Asia rather than representing Lollywood... How convenient?
Replying to X
Saved ! Your comment will be displayed after the approval.
Error !
Error! Invalid Email.