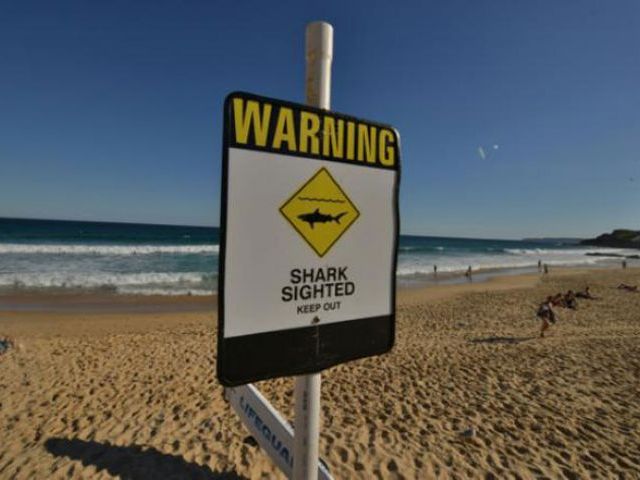 The drones are expected to feed live images back to an operator, including GPS coordinates, to better warn and protect people from shark attacks. PHOTO: AFP

SYDNEY: Testing of aerial drones to track the movements of sharks in Australian waters began on Wednesday as the government admitted there was “no easy way” to protect swimmers from the predators.

The trials began at Coffs Harbour, on the mid-north coast of New South Wales state which has endured 13 attacks by the creatures this year, including one lethal mauling.

“There is no easy way to reduce risks for swimmers and surfers,” New South Wales Primary Industries Minister Niall Blair said in a statement.

“We are delivering on a commitment to test the best science available, including new technologies, as we try to find an effective long-term solution to keep our beaches safe.”

The drones are expected to feed live images back to an operator, including GPS coordinates, to better warn and protect people from shark attacks.

Blair said the trials were the first of several to be undertaken during the summer months, including testing “smart” drum lines which he said not only hooked sharks but alerted authorities who could then tag and release the animals.

Baited hooks attached to floating drums were used to capture sharks in Western Australia in 2014 after a string of fatalities, with the largest of the animals put down. But the controversial catch-and-kill policy was later abandoned after objections from the state’s environmental agency and conservationists.

The New South Wales government said its drum lines were more humane. “They’re like a baited hook that has technology connected to it so when the bait is taken, a message is sent to our vessels and they’ll attend those lines immediately,” Blair told national radio.

“They will then tag and release the sharks that are caught on those. So they’re very different to the traditional drum lines which could have sharks sitting on them for days before they’re checked.”

It has also fast-tracked the delivery of two “listening stations” to be positioned on the far north coast of the state to provide real time tracking data of tagged sharks. New South Wales, the nation’s most populous state, has ruled out culling sharks despite the spike in attacks this year.

A Japanese surfer died in February after his legs were torn off by a shark and there have been 12 other serious attacks up and down the more than 2,000-kilometre-long (1,200-mile) NSW coast.

There were only three attacks in the state in 2014. Experts say attacks are increasing as water sports become more popular and bait fish move closer to shore, but fatalities remain rare.