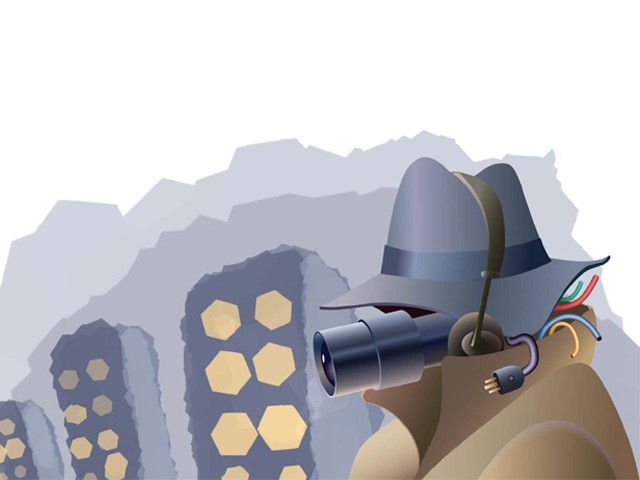 KARACHI: An astonishing 70 per cent of women are “pretty sure” that their husbands are up to no good. This is the assessment of Dr Fouzia Naeem Khan, who is a member of Fact Finders, a Lahore-based detective agency that opened its doors for business last month for people who need help investigating problems from spousal infidelity to real-estate fraud.

Fact Finders, which is ready to launch in Karachi, offers a variety of private investigative services, including intellectual property and copyright infringement, tenant screening, verification for embassies, pre-employment screening and personal protection. (A complete list of services can be found on www.factfinders.com.pk). However, it is their investigative work catering to husbands and wives suspicious of their better half committing infidelity that has caught the most interest.

The 25-member Fact Finders team comprises retired army and police officers as well as former Federal Investigative Agency officials and a clinical psychologist, explained one of the founders of the company, Masood, who wishes to be known by his first name only. “Initial contact is made by a potential client either through a cellular phone number 0321-6345555 or via email info@factfinders.com.pk after which a meeting is arranged with a company representative,” he says.

The client then identifies their “wish list” or requirements for their case. This is, for example, the length of time they want surveillance, the type of evidence required — video, audio or digital or all of the above. “In cases of adultery or marital disputes we offer consultations with a clinical psychologist as well,” Masood explains.

All factors affect the price package and since each case is customised an estimated cost is difficult to calculate, he says, completely unwilling to even quote a minimum price or range for their services. When asked what led to the creating of Fact Finders, Masood says, “Some of the problems are old and some new but technology has advanced greatly and therefore one cannot deal with their problems in an orthodox manner. Some issues are very sensitive and need to be dealt with in a private and professional manner.” The company promises complete confidentiality of the client and connected persons’ identity, intimate details and other evidence collected over the course of the investigation. In return, along with their service fee, the client signs a confidentiality agreement, prohibiting them from revealing any details about the company’s members and their interaction with them. “It’s an honour system,” Masood says. “So far it has worked well. We hope it will be the same in the future.”

While the month-old company has dealt with numerous cases, mostly from the country’s urban centres (Karachi, Lahore and Islamabad) by far the “highest-selling service” is fidelity investigation. However, the issue is “very sensitive and needs to be dealt with very carefully so that things are not blown out of proportion,” Masood says. “We hope to reconcile the family rather than breaking the home,” he adds. “Our intent is never to instigate the client or their spouse to expedite either a divorce or in the case of the husband cheating leading to marriage with the ‘other woman’,” he adds.

The Karachi office’s Dr Fouzia Naeem Khan, who runs her own private practice, has a basic list of tell-tale signs of infidelity. There are, of course, behavioural indicators to identify when “a spouse is cheating” which include “going into corners constantly to take phone calls, being adamant about privacy especially with their wallets, cellular phone(s) and laptops, brushing their jacket etc. each time they enter the house”. But these signs are not set in stone and depend on situation to situation.

On the explanations usually given by husbands on why they cheat, Khan says, “they point to the wife’s low self-esteem, that she no longer takes care of herself and eventually husbands lose interest in them.” But in several cases the situation has been reversed, where the wife has been unfaithful.

A field agent for Fact Finders, Saleem, also points to another important issue. “In some cases it is crucial to point out the difference between someone who is cheating and an innocent friendship,” he says, adding that some “overly conservative and narrow-minded people” often “gossip without getting the facts straight and that is where we come in”.