No presence of Daesh in Pakistan: Foreign Office

No presence of Daesh in Pakistan: Foreign Office 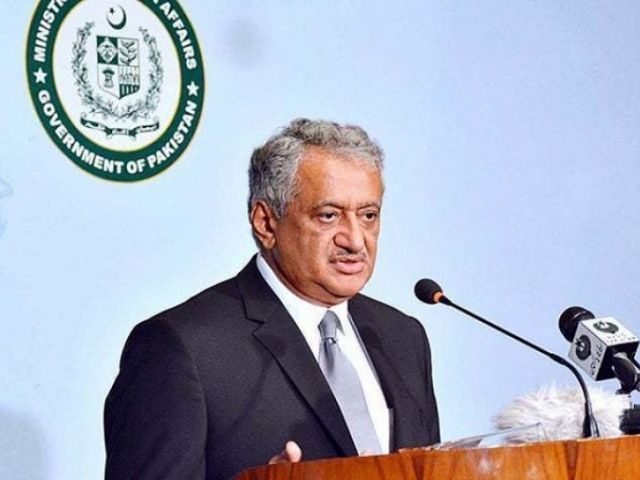 ISLAMABAD: Pakistan has once again categorically denied the presence of Islamic State (IS) on its soil.

“There is no footprint of Daesh in Pakistan. We will also not tolerate anyone affiliated with it,” Foreign Office spokesperson Qazi Khalilullah during his weekly press briefing on Thursday.

He said the country was aware of the threat posed by the militant group, adding the security forces were on full alert.

Earlier on October 3, army chief General Raheel Sharif, while addressing the Royal United Services Institute for Defence and Security Studies in London, said Pakistan would not allow ‘even a shadow’ of Daesh, and termed the group a greater threat than al Qaeda.

Khalilullah said Pakistan was cooperating with the international community in combating terrorism.

The Islamic State on Saturday claimed responsibility for a series of coordinated attacks by suicide bombers and gunmen in Paris that killed at least 128 people at a concert hall, restaurants and the national sports stadium.

The attacks traumatised France and other countries in Europe, which grappled with fears of religious extremism and violent militants, radicalised by the conflicts in Syria and elsewhere in the Middle East and North Africa.

Terrorism cannot be associated with any religion, added Khalilullah.